As people continue to respond with outrage and grief over the killing of Ahmaud Arbery, which was captured on video, authorities are considering the man who captured the video as a suspect in the incident. However, there’s clearly a difference between how his involvement was initially reported versus the reality of what happened.

Prosecutor George Barnhill was initially assigned to the case where Greg McMichael, 64, hopped in a truck with his son Travis McMichael, 34, to pursue Arbery, whom they believed was a neighborhood burglar. The two were armed and a video of the incident was captured by William “Roddie” Bryan.

The footage shows the McMichaels’ truck stopped in front of Arbery who clearly tries to run around the passenger’s side of the vehicle. However, Travis confronts Arbery and the two struggle with his shotgun before a gunshot is heard. The struggle continues when a second shot is heard. The whole time, a man who seems to be Gregory McDonald is standing in the back trunk of the truck and also appears to have a weapon in hand. The clip ends with a third shot and Ahmaud tries to run away before tumbling to the ground with fatal injuries.

In a letter Barnhill wrote to the Glenn County Police Department, he tried to argue that there were no grounds to arrest the McMichael’s nor Bryan. “It appears Travis McMichael, Greg McMichael and (William Bryan) were following, in ‘hot pursuit,’ a burglary suspect, with solid firsthand probable cause, in their neighborhood, and asking/telling him to stop,” Barnhill wrote. “It appears their intent was to stop and hold this criminal suspect until law enforcement arrived. Under Georgia law, this is perfectly legal.”

However, there is no proof in the video that any of the three men called on Arbery to stop. Many people outraged across the county saw the pursuit of Arbery as a point-blank “lynching.”

Activist Shaun King went so far as to say Bryan’s involvement in Arbery’s death makes him an “accessory to murder.”

King then went on to say that the McMichaels and Bryant “trapped” Arbery:

“What we now know is that Roddie and the McMichael’s chased Ahmaud down BEFORE the video began then boxed him with one truck behind him, while the McMichael’s then sped ahead of Ahmaud, parked their truck in the road, and got out with their guns… If Ahmaud turned around, he would be shot by Roddie. They had Ahmaud trapped. And notice, they weren’t saying anything about a citizen’s arrest. They didn’t say that for weeks. They don’t say that in the video. This was an armed lynch mob.”

Attorney S. Lee Merritt expressed similar sentiments when he retweeted Shaun King’s post and wrote, “A lot of people have asked why I keep saying THREE suspects. Here is the third. Thanks @shaunking! Arrest all three of these men who conspired and murdered #AhmaudArbery.”

A lot of people have asked why I keep saying THREE suspects. Here is the third. Thanks @shaunking! Arrest all three of these men who conspired and murdered #AhmaudArbery pic.twitter.com/oEFGzRhm0s

Barnhill eventually left the case along with another prosecutor, Jackie Johnson, before him. Gregory McMichael used to work in Johnson’s district attorney office in the Brunswick Judicial District so there was a conflict of interest. Then, Arbery’s mom, Wanda Cooper, urged Barnhill to recuse himself from the case after it was revealed that his son also works in Johnson’s office, where Greg used to work as an investigator since 1985.

The case was eventually passed on to Atlantic Judicial Circuit District Attorney Tom Durden, who said the case would be put before a grand jury. However, because of the coronavirus pandemic, grand juries aren’t convening at this moment. The freeze on empaneling grand juries will continue through June 12, at least. Durden did, however, ask the Georgia Bureau of Investigation to look into the case.

Meanwhile, calls are being made to arrest the suspects regardless of a grand jury, with people like Merritt arguing that Durden has the authority to carry out the action.

Although Johnson and Barnhill are no longer apart of the case, activists and civil rights organizations are also calling on them to resign. Barnhill is especially being called to not practice law, considering his defense of the McMichaels in his letter were deemed extremely problematic considering his position as a prosecutor. Barnhill also criminalized Arbery from the start by bringing up his past record as a reason he was killed. He argued, “Arbery’s mental health records & prior convictions help explain his apparent aggressive nature and his possible thought pattern to attack an armed man.”

“Any rational person knows that Ahmad Arbery was murdered in broad daylight. District Attorneys Jackie Johnson [Brunswick] AND George Barnhill [Waycross] should not only resign but be disbarred as well. This is grave malpractice and criminal complicity.”

Any rational person knows that Ahmad Arbery was murdered in broad daylight. District Attorneys Jackie Johnson [Brunswick] AND George Barnhill [Waycross] should not only resign but be disbarred as well.

This is grave malpractice and criminal complicity. #GaPol pic.twitter.com/apgcjjqjw6 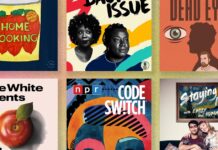 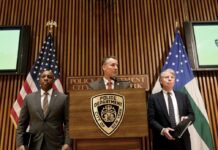