Godfather of Harlem has seen Bumpy Johnson face countless foes, but Season 3 will prove his most challenging yet, Forest Whitaker told Newsweek.

Whitaker reflected on how the gangster will begin “questioning his own morals” as he takes on the Cuban mafia and is forced to face the consequences in the MGM+ show’s third season.

Forest Whitaker and Giancarlo Esposito as Bumpy Johnson and Adam Clayton Powell Jr. in “Godfather of Harlem” Season 3. The actors spoke to Newsweek about what’s to come. Cara Howe/MGMPlus

In Godfather of Harlem, Bumpy has been trying to take control of Harlem ever since he returned home following a 15-year prison sentence. Over the seasons, he’s tried to do so by facing the Italian mafia, the French, and others.

Season 3 sees this take on a new turn, Whitaker said: “What we’re seeing is the affects in the country, those drug deals and how the world has affected them.

“There’s the FBI perspective, we’ll see what the CIA is doing, [and] what other clandestine groups are doing as well with the Cuban mafia.”

Brancato and Eckstein detailed how they see Godfather of Harlem as being the “education of Bumpy Johnson,” and as such each season the gangster will deal with moral dilemmas that force him to think of how his actions affects those around him, and their impact on the civil rights moment.

Reflecting on this, Whitaker added: “It’s part of the journey of the character, of opening up this character, […he’s] the gangster, the mobster, the ruthless man and also the intelligent man.”

What the actor enjoyed most with Season 3, though, was trying to find ways viewers could “see the cracks, to see the humanity grow and how we face that, how that shows.”

“I think this season it’s challenged a lot,” he went on. “There’s an episode where Mayme has a painter to [make] a painting of Bumpy and it helps him understand how beautiful he is as a person but it forces him to face himself and who and what he is.”

Esposito also spoke of how, in Season 3, Bumpy is keen to support Harlem in a way that could mirror his character, politician Powell Jr., even if their methods are different.

“Bumpy Johnson feels responsible for a whole people, the same intention that Adam Clayton Powell has I believe Bumpy has, it’s just the way he makes his money is through a different means,” Esposito said.

Reflecting on the season, he added: “This show is exciting because it’s a perfect blend of the contemporary and our history of the past. I think people don’t know who Bumpy Johnson was and they’re getting a really intricate portrayal of him through Forest Whitaker’s performance.

“[In Season 3, we have] the opportunity to see really major events unfold in a not only strategic but a very exciting, advanced, action and theatrical way in our show and I think the fans are gonna love this season.”

For Esposito, playing Powell Jr. over the last three seasons has been “a great honor” particularly because he once had the chance to see his real-life counterpart give a sermon when he was a child.

“I love this character. I feel like I have a lot of fun with him but he’s also a very important historical character of the time, and people don’t know all that he did to bring civil rights, [the] passing of the civil rights bill,” Esposito said.

“One of the amendments that was key to the bill with the Powell amendment, so in our season in Powell’s development as a politician he has written that particular Powell bill and through his friendship with Lyndon B. Johnson, and JFK before him, he has been fighting for the right of equality. It seems such a distant thing for us to think about now but it’s wonderful to relive this history and honor and understand how far we’ve come and how much further we have to go.

“So in Powell’s journey, in this season, he’s crushed that oftentimes we get things done but they don’t make a difference right away, and I think Reverend Powell, this season, feels that way. When he comes back from the bill being passed in Washington in Season 2 and there are riots in Harlem, I think he ends up feeling like not much has changed.

“But he continues to fight and continues to struggle for justice and equality, he uplifts the African American people to understand that they have a right to fight for their equality.”

“It’s a great honor and challenge to play any historical character,” the Breaking Bad actor went on. “But, for me, this one is a very special opportunity because I met Adam Clayton Powell Jr. when I was 11 years old at a Baptist Church in New York and my mother, who was an opera singer and did theatre, was religious and spiritual and took me there to hear this man speak.

“And this man was a perfect blend of being a statesman, which, for me, is the quality of an orator, as well as a minister, which is to light a fire in people’s bellies so that they could praise the greater good of God and so that lens was such a very powerful fixture for Adam Clayton Powell.”

He added: “Powell knew how to live life to the fullest and how to inspire people, and I was inspired to play him and try to get it right.

“So many times, more often than not, we want to, at least actors, sometimes want to honor all the best parts of the historical character and not show the parts that aren’t so nice, but we as human beings have a light and a dark and we have both sides to us.

“And, so, for me to play this guy after playing different characters that are much more serious or anti heroes, it’s fun to play a guy who believes in everything that he’s saying and doing.”

What’s to Come in Season 3

Season 3 opens in the aftermath of the Harlem riot of 1964, which was prompted after 15-year-old African American James Powell was killed by police lieutenant Thomas Gilligan, an event that takes place in the closing moments of Season 2.

Brancato explained that he and Eckstein felt it was an important moment in time to focus on in the show both “culturally in terms of advancing civil rights causes” and “politically in terms of the government waking up to the fact that they had some serious problems on their hands in the inner cities of the United States.”

“We felt that putting our characters Bumpy Johnson and Malcolm X right in the center of the aftermath of the riots was a fruitful place to start and continue doing what are attempting to do, which is examine the collision of organized crime and civil rights advancement,” Brancato said.

“Which are two things that usually don’t belong in the same sentence but on our show function as the main spine of the [story].”

Eckstein added: “Harlem was a place where things exploded from, ignited out of, the movement of civil rights came from there and was influenced by the streets, and looking at how things get bigger and bigger each year and get magnified by what happens in Harlem.”

They decided to do this in Season 3 by focusing predominantly on Bumpy’s decision to make a deal with the Cuban mafia.

“Season 1 was Bumpy’s emergence from jail and attempt to reclaim a Harlem that had moved passed him, Season 2 was Bumpy’s attempt to control the French Connection, Season 3 is the Cuban connection,” Brancato went on. “Because there were so many things happening that were interesting politically, culturally, and socially with the union of Latins and Blacks in Harlem, and Harlem adjacent, to fight for political rights.

“Then, of course, there were skirmishes internally there as well so we wanted to explore the idea of, for lack of a better term, a Black, Brown alliance versus the Italians, we thought that would give us some interesting arenas to explore.”

Godfather of Harlem Season 3 premieres on Sunday, January 15, on MGM+ (formerly EPIX) at 9 p.m. ET/PT, and it will air weekly on the streaming platform. 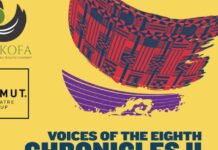 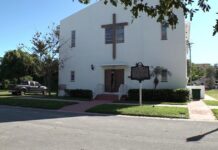