By Reginald Williams,
Special to the AFRO

Dapperly dressed in their tuxedos and black ties, 100 Black Men of Prince George’s County gathered at Martin’s Crosswinds in Greenbelt, Md., to celebrate ten years in service and host the annual fundraising gala.

Representing Black excellence, doctors, lawyers, entrepreneurs, community leaders, and more than 200 supporters attended and made over $75,000 in donations. The 10th annual gala presented an opportunity for social champions to unite behind a common goal of empowering the youth of Prince George’s County.

The donations will be used to positively impact the lives of more than 300 boys and girls ages 8 to 18.

Lamont T. Bunyon, chapter president and chairman, explained that the donations would go to tutoring, scholarships and program implementation.

“We have about a half-dozen great programs: 100 Way Golf, 100 Way Tennis, Saturday Leadership Academy, Pathway to Success, and Real Talk,” said Bunyon. “We use group mentoring to change these kids’ lives.”

“Growing up in poverty is a threat to healthy child development, and increases the likelihood of poor academic, cognitive and health outcomes,” according to the Annie E. Casey Foundation’s KIDS COUNT Data Center.

Understanding the social dysfunction, the 100 Black Men are proud to be “real men, giving real-time.” They are giving back, modeling for their youth what they can be despite their circumstances.

One of 107 chapters nationally and internationally, the Prince George’s chapter of 100 Black Men of America received its charter in December 2012.

The men were originally denied permission to start a chapter, but after their initial rejection they chose to resubmit a revised plan to the national leadership 11 months later. Prince George’s County’s convening members presented their “Four for the Future Pillars” plan, which remains in effect a decade later.

“Through our four pillars, 100 Black Men exposes [men] to better health and wellness, better economic empowerment, better education, and better leadership. Sometimes their families don’t have the equipment or the knowledge to empower our young people,” said Bunyon. “Mentoring—that’s what we’re about. We want to set the best example for young people. We train our members so that they can be examples. We want to expose the kids: what they see, they will be.”

One of the evening’s highlights was leadership reclaiming Anthony B. Hill, a member who stepped away from the organization for several years. “Life got in the way. I had to step down for a couple of years,” explained Hill. “But now I’m back full throttle, ready to work with the youth.”

Help us Continue to tell OUR Story and join the AFRO family as a member –subscribers are now members!  Join here! 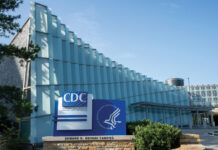 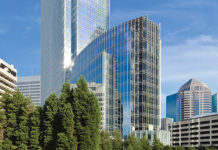 Atlanta’s 500 Most Powerful Leaders in 2023: Professionals 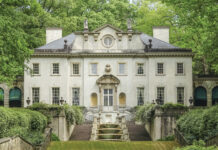 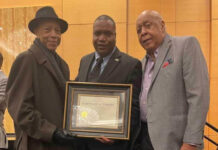