RALEIGH, N.C. (WTVD) — Dozens of gleeful young fans of the first Black Panther film posed as they made the now familiar cross armed pose popularized by the original Marvel Studios big screen blockbuster. They’re fired up about seeing the sequel, “Wakanda Forever” with hundreds of like minded audience members at the Regal Cinemas in Brier Creek.

Bryson Jordan said he looked forward to seeing the returning cast members “Just be like actors and achieve their goals.”

“It’s just really awesome because we fought for that, and we’re living it out,” he said.

One hundred teens and tweens like Jordan enjoyed a free screening on Sunday. The man who supplied their tickets, attorney Julian Hall, shared his motivation with ABC11.

We can tell you, with no spoilers, that strong, authoritative Black women drive the plot of the sequel. That plot incorporates the death of the Black Panther, played by the late Chadwick Boseman, who captivated audiences in the first film. Boseman’s personal battle against the cancer that killed him in 2020 inspired the cast and fans who returned for the sequel.

“Yeah, it’s very important for our kids to be here, to see it together with people who look like us. And be part of this amazing event with Julian Hall’s group as well,” said Destiny Alexander of the Purpose Learning Lab, another organization that brought 100 youngsters to Sunday’s screening.

The representation onscreen also puts a spotlight on Tenoch Huerta, a Mexican actor who portrays Prince Namor, also known as the Sub-Mariner and a major character who inspires Afro-Latino student Adaluis Ramos.

“Now that we’ve seen the Black Panther as a hero, that came a lot from Brown people being villains and now they’re heroes,” Ramos said.

All those fans packed the theater Sunday afternoon, with many munching happily on popcorn and snacks. But the movie they enjoyed. considered modern mythology by some who appreciate the superhero genre, can also teach some life lessons.

“Wakanda, just like you said, is an imaginary place. Durham is real,” said Hall. “We could have a Wakanda right here, among our people. Just love each other That’s what this day is about. Wrapping our arms around the youth, letting them know they’re loved, and maybe they’ll go back into the community and perpetuate that.” 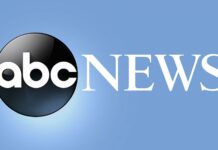