(ThyBlackMan.com) Is it just me or does the Conscious Community have 20/20 vision when it comes to pointing out crooks and hypocrites in the church and Mosque? These same gifted judges of character turn into Stevie Wonder when it comes to seeing the nefarious actions of the leaders inside their movement. There are prominent Conscious leaders who have a history of “swirling,” engaging in the worst forms of misogyny, ripping off charitable donations, selling curricula available through open access universities and some charge people to participate in the kind of marches Civil Rights activists use to do for free.

Just like the church and Mosque, there are some strong brothers and sisters in the Conscious Community, but there are some snakes. It takes time to distinguish the real from the fake. The most convincing crooks have honed their craft for decades. Here are three easily identifiable traits in false leadership you should lookout for:

1.   Anyone who is unnecessarily condescending or tries to come off as your intellectual superior. Charlatans rely on the gimmick of possessing some esoteric knowledge that the rest of us aren’t privy to. They will reference a book or thinker you aren’t likely to have read or heard of any time you challenge an assertion they make. This can backfire when they meet up with true intellect. A few years back, Rapper B.o.B. and astrophysicist Neil deGrasse Tyson had a public spat over whether the earth is flat: the earth is not flat. It ended with Dr. Tyson publicly humiliating his young woke adversary with hard science, “It’s a fundamental fact of calculus and non-Euclidean geometry. Small sections of large curved surfaces will always look flat little creatures that crawl upon it.”

2.   Anyone who habitually engages in personal attacks against people in the Black community who question their logic, motives or actions. Pharisees in the Conscious Community don’t suffer challenges to their authority well. If someone refers to Black women as “Negro bed wenches” and you call them on their misogyny, watch how quickly they redirect their anger. If someone solicits money from the community and you ask them about oversight you will feel their wrath. Watch out for anyone who is triggered by reasonable questions.

3.   Anyone who has too many obvious double standards in their words and actions. False leaders are experts at what everyone else should be doing. They excel in finding fault in the actions of others while ignoring their own problematic behavior. They preach ad nauseam about unity inside the Black community, but they will be the first to attack a Black woman who doesn’t conform to their narrow conception of what it means to be a woman, anyone who holds beliefs different from theirs and the entire black gay and lesbian community. We are all kings and queens until we step out of line.

Pharisees in the Conscious Community are no different than their Biblical counterparts; they crave attention, approval and money. You don’t have to give them any of the three. There will always be people who have convinced themselves they have transcended the psychological effects of racism/white supremacy in America. Some are genuine and want to help others overcome its crippling effects. Some are stuck in that sunken place they are trying to deliver you from. The truly lost souls believe their way is the only way to advance our people. Their inability to confront ideas and opinions different than their own is only topped by their inability to confront white supremacy in the world. Sadly, this has caused too many within their community to create hierarchies that give them a false sense of status.

Hypocrites will tell you not to celebrate Thanksgiving and Christmas while they celebrate with their in-laws; they will call someone a coon or a Negro bed wench for shopping on Black Friday, but they won’t return anything someone gives them on Christmas; they will tell you not to bow down to the government, and then pay their personal property taxes. Don’t listen to them. Most of them are hiding their personal short comings and failures behind empty rhetoric. Their opinions don’t matter. When it comes down to it they need you more than you need them. 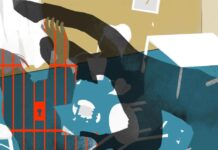 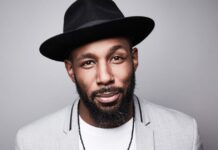 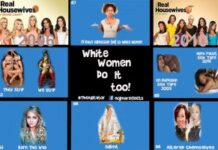