Deal Maker – Despite an early childhood on Detroit’s west side filled with challenges, Mychel “Snoop” Dillard navigated her way through the roadblocks to build a successful lounge and entertainment business in Atlanta. // Courtesy of Cam Kirk Photography

Before another word is written about the restauranteur and entrepreneur Snoop Dillard, it’s essential to make clear her first name isn’t the one she received when she was born, which was Mychel. And she’s quick to point out that it was, indeed, the renowned entrepreneur, rapper, songwriter, media personality, and actor who inspired her to make the switch.

“Of course, Snoop Dogg is a role model, and I wanted to have a nickname to go by,” Dillard admits with a throaty laugh. “We’re pretty similar as far as what we like to do with our extracurricular activities and our laid-back nature, OK?”

Dillard may be laid-back now, but her early years in Detroit were anything but. “I grew up on Murray Hill,” she recalls. “It’s a street on the west side. It was a tough upbringing and there was always a lot going on.”

She unhesitatingly offers the startling details: “My dad sold drugs, and so there was always a lot of people in and out of our house,” she says, blithely. “My dad’s family was pretty much known for dealing drugs. It was a generational thing.”

Dillard’s father clearly made the rules, dangerous and dysfunctional as they were.

“Back then my mom was very spiritual and meek, as far as her personality, and she wasn’t involved with my dad or his family members,” Dillard explains. “She was busy getting her nursing degree.”

In fact, Dillard’s mom was so busy, she came up with a truly novel idea to keep her daughter occupied while she was at nursing school.

“I started kindergarten at 3, and my mom actually changed my birth certificate to do it,” she explains. “She really didn’t want to have to put me in daycare, which was pretty expensive, and I was already exhibiting some things which showed her I was a little above the curve. I was pretty advanced for my age as far as reading, and I believe some of the questions I was asking showed that I was pretty bright. So I was two years ahead of everyone else.”

As Snoop and her mom forged ahead in their respective classrooms, the situation in the family home continued to deteriorate until, inevitably, the see-no-evil-hear-no-evil approach to all the nefarious activity finally ran its course — and in a terrifying way.

“One night some people my dad got into it with on the streets came to my house looking for him,” Dillard recalls. “He wasn’t home, but they shot our house up. My mom left him after this.”

Dillard was 5 years old at the time. Initially her mother moved Snoop and her two younger brothers in with her aunt and uncle. After several years, the matriarch moved her family again, this time to Oak Park. “What stood out for me while we were there is we went to a Catholic school for a little bit called St. Michael’s (in Livonia). My family is Baptist, but we went there,” Snoop says.

Within a few years, the family was on the move again.

“Once she got on her feet, we moved to Taylor, out in the suburbs a little bit. I was 7 or 8, and I was responsible for helping raise my brothers,” she says. “I remember a lot of kids living in the neighborhood and us making friends with everyone. We went outside a lot and rode bikes, played in the creek, and played hide and seek with the neighborhood kids.”

By the time Dillard turned 10, there was one final move for the family to make. “My mom really wanted to separate my brothers from my father’s side of the family, and show them a different way to be brought up. So that was how we ended up moving to Nashville, Tenn.”

And that’s when Dillard’s true age and curious grade level were finally revealed. “They wanted to put me in a grade appropriate to my age, and they made me do a test, and I actually scored so high they wanted to double-promote me,” she says. “And my mom said no, she can be in the grade she’s supposed to be in.”

Dillard continued to excel as a student, with no specific idea of what kind of career she wanted to pursue.

“When my mom or my teachers asked me, What do you want to be when you grow up?, my response was that I wanted to own a bunch of businesses and take care of my mom. So the want was there. I didn’t specifically know how I was going to do it.”

That may well have been because Dillard was focused on something far more important. “I got pregnant at 14,” she reveals. “I was a junior in high school, and I had my only child at 15.”

It wasn’t until Dillard arrived on the campus of Vanderbilt University in her new hometown that she began to hone in on what would become the early steps of her life path. “My eyes were wide open, and that was the first time I was introduced to the party lifestyle and developing this alter ego that loves to have a good time and throw parties,” she says.

After Dillard graduated from Vanderbilt in 2005 with a bachelor’s degree in economics, she worked as a financial adviser, dabbled in real estate, and hit her stride when she launched a modeling company.

“I ended up doing a calendar for the business and I was also managing the models that were in the calendar. So, in order to push it, we started hosting different nights at various nightclubs, lounges, and restaurants.”

That expansive experience led Dillard to another business idea.

“I wanted to be an owner and open up my own lounge, but I didn’t have a lot of experience and I was working with people who were not good business partners,” she says. “We ended up getting shut down for not having the proper licenses. I mean, there were just all types of different things we weren’t doing right about running a successful operation. I lost every penny that I sunk into that thing, about 40 grand.”

Several more missteps in other business ventures followed. Undaunted, Dillard decided what she needed more than anything was a fresh start — and a new location. In 2008 she moved to Atlanta from Nashville and, soon after arriving, she launched a party bus business that was an immediate success. That venture gave her the confidence to give the lounge idea another shot, with a twist: Named the Hookah Hideaway, the neighborhood gathering spot offered karaoke and hookah, a water pipe used for smoking sweetened and flavored tobacco.

“It was phenomenally successful,” Dillard says, “and I wanted to do a second location somewhere. And so, my Realtor ended up finding a location that 2 Chainz (a popular rapper and Atlanta native) just so happened to own. And he told me that 2 Chainz had heard of me and was interested in being business partners.”

A meeting was quickly set up. “We sat down and talked, and I realized since he was already a well-known national star, he could bring in instant customers. We could spend less on marketing, and I could focus on the operations of the restaurant.”

That was six years ago. Today, Dillard and 2 Chainz are partners in several more Atlanta restaurants, and have a franchise for one of them opening this fall in Columbus, Ohio. In addition, Dillard is the sole owner and operator of her own dining establishments and clubs, including Members Only, an exclusive VIP lounge catering to Atlanta’s celebrities and prominent business owners.

She’s also branched out into the beauty business, launching three locations for her Remedy Spa & Salon Suites franchise, each of which provide 22 fully leased salons offering a wide array of services. It was this part of Dillard’s rapidly growing portfolio that provided a valuable lesson when the COVID-19 pandemic broke out in March 2020.

“They’re absolutely recession-proof because people always have their beauty needs and (care about) how they look,” Dillard says. “Restaurants aren’t like that at all, and are one of the biggest industries that get hit when it comes to a recession or a pandemic. The salon suites industry is phenomenal because it combines two multibillion-dollar industries — beauty and real estate. Essentially you’re just the landlord to beauty professionals.”

Two more Remedy Spa locations are on the way in Atlanta, and Dillard has lined up franchisees in Chicago and Decatur, Ill., and is looking for other opportunities in the United States and beyond. “Oh, yes, we’re definitely looking to make some more moves globally,” she says.

Meanwhile, Dillard’s foray into the beauty industry led to what is known as DHG University, where she hosts a series of webinars ranging from “Restaurant Ownership 101” to establishing and maintaining business credit, gaining approval for home and business credit, and addressing and resolving issues that could negatively impact a credit score.

Since arriving in the city she now calls home, the 37-year-old Dillard has established herself as one of Atlanta’s leading African-American entrepreneurs. She’s come a long way from Murray Hill, but she credits every bit of her success to those roots in her hometown.

“Growing up in Detroit,” she says, “I wasn’t spoiled. I grew up in a hard-knocks life, and the grit and tough-as-nails personality and character helped make me more resilient in business and instilled tenacity in me.

“That definitely helps when it comes to running my own business and being able to pick myself off the ground, or when I come across various challenges and I’m not as successful, or people have let me down in business. I think that’s one of the reasons why I’ve been able to continue to push forward, because I’ve had to do that all my life.”

It should be no surprise that the woman who was inspired to change her name to Snoop has caught the attention of the man who gave her the idea in the first place.

“Oh, yes, believe it or not, he actually contacted me on Instagram,” Dillard exults. “He just said, ‘Hey Snoop, it’s Snoop. I just wanted to let you know I’ve been seeing all of the great business things you’ve been doing and we’ve got to connect one day.’ I thought that was pretty cool.”

Cool, and undoubtedly an indication that it’s only a matter of time before the two Snoops not only meet, but get down to business. Literally. 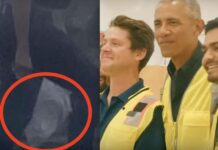 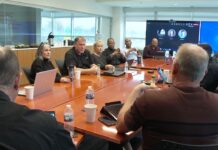