I think I’d probably be happy watching Stanley Tucci reading a map or doing a jigsaw puzzle. Along with more than a million others, I’ve certainly enjoyed watching the actor, screenwriter, director, producer, author, food lover and former bartender mixing a negroni in his Instagram instructional video. That singular clip became a global sensation and a virtual tonic during the 2020 lockdowns.

Our kitchen shelves hold a cherished copy of his first family cookbook, Cucina & Famiglia, purchased in 1999 at a book launch in New York, which he good-naturedly signed with his own name as well as that of “Richard Cross”, because my husband and I had relished his performance as the smoothly sinister suspect in the mid-’90s legal drama series, Murder One.

Stanley Tucci as Jefferson Grieff in the highly watchable Inside Man.Credit:Netflix

Since then, there’s been a steady procession of captivating performances: the shrewd and quietly supportive fashion-magazine art director in The Devil Wears Prada; the oily, flamboyant TV host in The Hunger Games; the hilariously harried political adviser in Maid in Manhattan; the loving husband to Meryl Streep’s Julia Child in Julie & Julia; the devoted partner to Colin Firth in Supernova. As well, there’s the wonderful restaurant movie, Big Night, which he co-wrote, co-directed, co-produced and co-starred in, about two brothers in the 1950s who plan a lavish last hurrah of a banquet for their struggling Italian restaurant.

Tucci often brings a wry, bracingly dry humour and a twinkling eye to his performances, even when he’s playing a killer, like the methodical assassin of The Pelican Brief, or one of the two main characters in Inside Man (Netflix).

In creator and writer Steven Moffat’s short, surprising and satisfying four-part crime drama, Tucci is Jefferson Grieff, a convicted murderer on Death Row who’s also a professor of criminology. As the date of his execution looms, he seems accepting of his fate. In fact, he reckons he deserves it for killing and decapitating his wife. But, in the meantime, he and the serial killer in the neighbouring cell, Dillon Kempton (Atkins Estimond), have established an unofficial sideline in crime solving with the consent of the prison warden (Dylan Baker).

In this strand of its dual storyline, the series, shaped by the deft hand of Moffat (Sherlock, Doctor Who, The Time Traveler’s Wife and, further back, the excellent Press Gang), sets up a playful refashioning of the Sherlock Holmes story. Grieff is the brilliant, mercurial one and his Dr Watson is a lumbering African-American with a mischievous manner and a photographic memory who’s killed more than a dozen women, turned rib cages into book cases and eaten toes. They’re quite a combo.

David Tennant and Tucci are perfectly cast in Inside Man.Credit:Netflix

As that inventive variation on the famed detective duo develops, another plotline runs alongside in intriguing and suspenseful style. It involves the enigmatic Janice (Dolly Wells) and ambitious crime journalist Beth (Lydia West) and its initial set-up suggests that things and people are not necessarily what they seem and that events can twist and turn in unpredictable ways.

In the arresting opening sequence, set on a train, Janice is on her way to meet Harry Watling (David Tennant). A vicar in a pretty village, he’s confident about his role and his place in the world. He’s married to Mary (Lyndsey Marshal) and they have a teenage son, Ben (Louis Oliver), whom Janice is tutoring in maths. Theirs is a stable and comfortable life that’s about to be disrupted in a wildly dramatic fashion, and Tennant, like Tucci, is perfectly cast, with director Paul McGuigan (Sherlock, Dracula) making good use of his charisma and nervy energy. 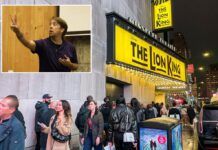 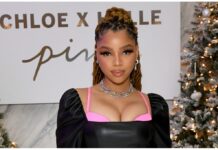 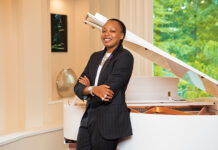 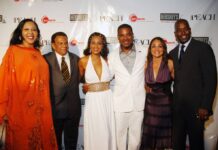