In understanding the Miami Cubans’ transition from the Democratic to the Republican parties, two factors are fundamental: their reluctance to behave like a minority, and their rejection of total assimilation into the country that gave them refuge.

HAVANA TIMES – It’s been said that deceased former Republican leader Ronald Reagan knew how to take advantage of white people’s violent backlash to the civil rights movement. This doesn’t mean accusing Reagan of racism per se; rather, he’s seen as a skillful politician, ready to seize the opportunity for change. From overwhelmingly widespread affiliation with the Democratic Party, many white people in the south passed over to equally widespread support for the Republicans.

For many years, the Democratic party tolerated the South’s enormous racism, while the region’s Congresspeople merely adapted to the “local color”. Certainly, there were figures like Lyndon B. Johnson, who was characterized by a progressive attitude in domestic affairs. Johnson was key to legislation in favor of civil rights in 1964, the voting rights act in 1965, and an extension of social security, even though he would go down in history largely as an aggressive and failed leader, due to his escalation of the Vietnam War.

Still, there were others in the Republican camp, like Richard Nixon, who couldn’t exactly be considered a complete opposite, since on certain occasions they implemented a pragmatism that went beyond the ideological and party barriers. The interesting thing in both cases is that they established narratives that later became myths, justifying their opportune change with great emotional force.

The Republican strategy employed by Reagan also explains in large measure the Cuban exiles’ switch from Democrats to Republicans. For years, this change has continued to be so strongly rooted in the exile community’s way of thinking – especially in Miami – that it has justified injustices, poor electoral choices and even corrupt activities that the courts have condemned, with a hard shell that goes far beyond any reasoning and is purely irrational.

In the Cuban case, two factors are basic to understanding that transition from Democrats to Republicans: the reluctance of the exiles from the island to behave like a minority – although that doesn’t impede them from claiming benefits that come with said classification – and their rejection of total assimilation into the nation that gave them shelter.

Cubans have abundant national pride in their country of origin, but although the concept is repeated to the point of exhaustion, patriotism – understood as the ideal of over-turning the regime in Havana – hasn’t been the fundamental motive in choosing a political party. Rather, there’s a well-worn emotional justification that’s been exploited again and again by opportunist politicians, but also unquestionably admitted by voters, all too willing to accept any passing justification.

That explains the Republican loyalty, despite the repeated failures of the party leaders to achieve any kind of change in Cuba. It’s true that the Democratic Party leaders also haven’t achieved much, but a Republican is always absolved, whereas a Democrat is presumed guilty from the outset.

The first generations of exiles were filled with pride at their reluctance to join the “melting pot”. They dodged the transformations of US society, where integration was ceding to multiculturalism. They demanded that their singularity be respected and closed themselves off to outside differences.

While they certainly demonstrated an impressive capacity for entrepreneurism, the refugees from the decades of the sixties and seventies stressed only their merit in this. They completely failed to acknowledge the fact that they also received exceptional support from US government organizations including: start-up loans for businesses, recognition of their university degrees, and scholarships to study, among others. Those arriving during the sixties, especially, were favored in a way that the US never before and never afterwards supported any other refugees or minority.

This uniqueness, together with their myopia about the circumstances, for decades shaped a number of differences in the exiles’ behavior. One of them is their party preference: a great number of Cuban Americans who are registered voters belong to the Republican, not the Democratic, Party, although the latter has traditionally been preferred by the African-American and Latinx minorities. Cuban American voters are also characterized by their punctuality and perseverance at the hour of voting, which has made them a highly valued electorate in any political contest.

Two Democratic leaders are frequently blamed for alienating the Cuban exile community from the Democratic ranks. First was John F. Kennedy, because they felt betrayed by his actions during the Bay of Pigs invasion, and again during the October Cuban missile crisis. Later, Jimmy Carter is blamed, for authorizing the “dialogue”, allowing exiles trips to Cuba, and opening the US Interests Section in Havana.

The reality is much more complex. Numerous Cuban politicians continued to be Democrats, even after Ronald Reagan’s arrival in power. For example, Lincoln Diaz Balart remained a Democrat up until 1985. In 1984, he served as co-president of the “Democrats for Reagan” organization, a fact that antagonized other members of what had hitherto been his party, a party where he would never win a primary election.

The general switch from Democrats to Republicans on the part of many Cuban voters was due to different circumstances: the creation of the Cuban-American National Foundation, the actions of former Florida governor Jeb Bush in favor of certain exile community members convicted of terrorist acts, and the Republican Party’s skill at taking advantage of the exiles’ frustration at the failure of the armed counterrevolutionary struggle. The latter led to new emphasis on the Cuban embargo, now seen as the last hope for those opposed to Castro. In themselves, the exiles are neither Republicans nor Democrats; instead, just as happens with the rest of the population of this country, they’re guided by their leaders.

Political convenience – or perhaps it would be more adequate to speak of a politics of conveniences – has played an equally important role in the exiles’ perception of Republicanism as the political philosophy most suited to the ideals of the struggle against the Castro camp. That’s the best way to explain the greater tolerance with the Republican leaders as regards US policy towards the island.

After leaving the White House, Donald Trump has maintained his popularity with the most radical anti-Castro sector of the Cuban exile community. Since first launching his campaign for the country’s presidency, Trump has been supported by the most conservative sector of the Cuban community in this city. Despite his defeat at the ballot boxes across the nation – not even having won a majority in Miami-Dade county – a good number of Cuban-American voters continue to idolize him. 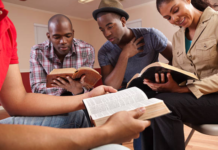 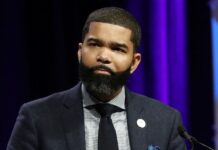 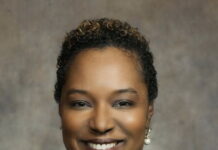 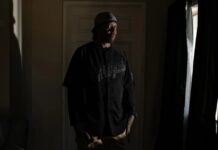 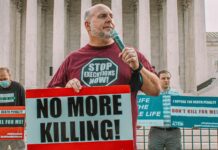