Nichols’ ashes will join those of other Star Trek stars in space (Picture: CBS via Getty Images)

The ashes of Star Trek legend Nichelle Nichols are to be sent into space following her death.

In July this year, it was announced that Nichols – best-known for playing Lieutenant Nyota Uhura in the sci-fi franchise – had died at the age of 89.

A statement released by her son Kyle Johnson read: ‘‘Her light however, like the ancient galaxies now being seen for the first time, will remain for us and future generations to enjoy, learn from, and draw inspiration. Hers was a life well lived and as such a model for us all.’

It’s since been revealed that later on in the year, some of the late actress’ ashes are to be taken into space on a United Launch Alliance Vulcan Centaur rocket.

The rocket is set to be launched by Celestis, a memorial spaceflight that works with NASA, The Hollywood Reporter reported.

Nichols, who was born Grace Dell Nichols, won’t be the only Star Trek icon to have their ashes taken into space on the flight, which is due to take off in Cape Canaveral in Florida.

Other late stars whose ashes will also transported away from Earth on the journey will include James Doohan, who played Montgomery ‘Scotty’ Scott in the series; Gene Roddenberry, the creator of Star Trek: The Original Series; and Majel Roddenberry, his wife who played various characters in the franchise.

Portions of Gene’s ashes have been sent into space before, while on the latest mission, more than 100 people’s ashes will be transported.

Following Nichols’ death, numerous tributes poured in for the pioneering actress, who originated the authoritative role of Uhura as a Black woman at a time when many African-American actors were cast in productions as servants.

She also took part in one of the first interracial kisses between a Black woman and a white man on screen, when she kissed William Shatner, who played Captain Kirk.

Following her death, George Takei, who starred alongside Nichols as Lieutenant Hikaru Sulu of the fictional starship USS Enterprise, wrote: ‘I shall have more to say about the trailblazing, incomparable Nichelle Nichols, who shared the bridge with us as Lt. Uhura of the USS Enterprise, and who passed today at age 89.

‘For today, my heart is heavy, my eyes shining like the stars you now rest among, my dearest friend.’

A message on Star Trek’s official Twitter account read: ‘We’re deeply saddened to report the passing of Nichelle Nichols – a trailblazer, an inspiration, and so much more. She will be deeply missed.’

If you’ve got a celebrity story, video or pictures get in touch with the Metro.co.uk entertainment team by emailing us celebtips@metro.co.uk, calling 020 3615 2145 or by visiting our Submit Stuff page – we’d love to hear from you. 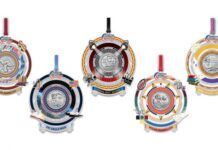 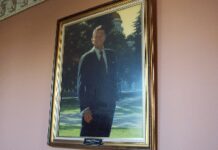 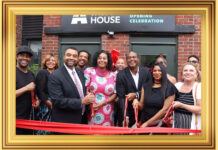 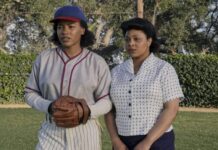