April is Minority Health Month and Black Maternal Health Week just passed, making right now an opportune time for all of us to recognize this progress and continue seeking changes in our state and nationwide to improve access to necessary health care.

Oscar Franklin Smith was found guilty of the murders of his estranged wife and two stepsons. He was scheduled to be executed on April 21, 2022 but Gov. Lee issued a reprieve due to an issue with lethal injection preparation.

For far too many people, having a child is ultimately a life and death struggle.

This time last year, we wrote about the staggering maternal mortality crisis here in Tennessee and across the country. We commended our policymakers for taking notice, and now we get to commend our leaders for taking action.

As of April 1, pregnant people in Tennessee will have access to Medicaid coverage for a full year postpartum. In line with Gov. Bill Lee’s original proposal, the state has extended this coverage from two months to twelve and has expanded the benefits to cover oral health care — a critical piece of the overall puzzle to ensure healthy pregnancy and maternal outcomes.

April is Minority Health Month, making right now an opportune time for all of us to recognize this progress and continue seeking changes in our state and nationwide to improve access to necessary health care.

Hear from Tennessee’s Black voices: Get the weekly newsletter for powerful and critical thinking columns.

The time for change is now

What still seems unreal is that our nation has the highest maternal mortality rate of any high-income country in the world — roughly three times that of France, which ranks second highest. And the number of deaths in the first year of the pandemic increased sharply — even more so for Black women, who make up one-third of those deaths and have a maternal mortality rate three times higher than that of white women.

The pandemic posed greater risks for pregnant women including hospitalizations and deaths, in part because of the virus and in part because it took time to figure out how to deliver prenatal care safely. Vaccination rates also remained low among pregnant people.

While the pandemic hit Black Americans disproportionately hard, disparities in maternal mortality are rooted in structural inequities that predate COVID-19. Here in Tennessee, Black women are nearly four times as likely to suffer a pregnancy-related death than white women. And the top underlying causes of death among Black women are preeclampsia and eclampsia.

Yet we know, pandemic or not, that many of these deaths are preventable. In Tennessee, 79% of pregnancy-related deaths were preventable, and that number rises to 91% for Black women.

Access to quality care is a key step to reversing this trend, which is why April 1 is such an important turning point for Tennesseans. The move demonstrates that we value the lives of Black women and Black babies in our state.

Health care is an important step

As an additional and critical step forward, Tennessee’s expansion of oral health benefits to this population will directly save lives. In particular because of its relationship to the top causes of pregnancy-related death, it is important to note good oral health plays an essential — but largely overlooked — role in protecting the health of babies and their mothers.

Four in 10 of all pregnant women have tooth decay or gum disease from changing hormones, and those that do are at higher risk for poor birth outcomes such as low birth weight, preterm delivery and risk of preeclampsia. Poor oral health raises a pregnant woman’s risk of high blood pressure, a precursor to preeclampsia, which can lead to major complications and even death.

It’s no coincidence that Black women who face the highest mortality rates also face some of the highest rates of oral disease. Coverage for pregnant women a year postpartum is a win for Black and all women, but more can be done.

Increasing access to oral health care by adding an adult dental benefit for Medicaid patients should be a no-brainer. We need a revolution in patient care — integrating medical, dental and behavioral health.

And we must better leverage technology, like telemedicine, as not just a crisis tool but a long-term solution to increase access and reduce costs, namely by ensuring those living in dental deserts and maternity deserts can get ongoing preventive care.

We can and should celebrate how far we have come, but we cannot ignore how much more can be done. So, what’s next?

Steven J. Brady is the regional vice president of client engagement for DentaQuest, the nation’s leading purpose-driven oral health organization with the mission to improve the oral health of all.

Shawn Massey RDH, MHA is currently the director of clinical quality assurance for DentaQuest, which manages dental and vision benefits for 30+ million Americans and direct patient care through a network of more than 75 oral health centers in 6 states.

Daphne Ferguson-Young, DDS, MSPH a local dentist who has focused on providing oral health for the underserved throughout her dental career. She currently is the Immediate Past President of the American Association of Women Dentist and Board of Trustees member for District IV, the National Dental Association. 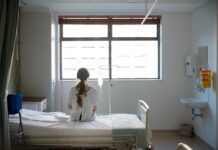 Big Drop Seen in Kids Getting Opioids After Surgery 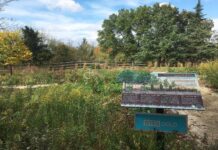 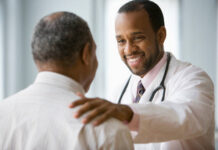 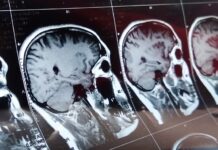 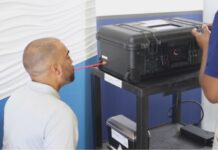