The three Democratic Senate candidates vying for their party’s nomination squared off during a televised debate on Thursday in one of the country’s most closely watched congressional races.

Senate Democratic hopefuls Lt. Gov. John Fetterman, U.S. Rep. Conor Lamb and state Rep. Malcolm Kenyatta fielded an array of issues and took turns jabbing at each other’s agendas during an hour-long debate that took place at the studio of WHTM-TV in Harrisburg.

With just three weeks left before the May 17 primary, this marked the first time the three candidates gathered for a televised debate. A fourth candidate on the ballot, Jenkintown councilwoman Alexandria Khalil, was not included in the debate.

Responding to a range of questions touching on energy, the war in Ukraine, immigration, fracking and gun violence among others, the Democratic hopefuls presented a glimpse into the differences that separate them – some subtle, others not as much.

In between fielding questions from Dennis Owens and WPXI anchor Lisa Sylvester about tax hikes and fracking, Fetterman was taken to task on a subject he has tried to move past: the 2013 incident in which the former Braddock mayor pointed a shotgun at a Black jogger believing he was a criminal on the run.

“It’s important to acknowledge the harm based on over policing and racial profiling in the Black community,” Fetterman prefaced in answering the question, elaborating on his record as mayor in lowering gun violence.

Fetterman explained that on that cold January night he responded to a burst of gun shots and made a split second decision to call 911 and intercept the only individual running from the direction of the gun shots.

Asked by Owens if he would do anything differently today, Fetterman said: “It’s certainly not a situation anyone would want to be involved with with gun violence.”

Lamb accused Fetterman of lying, explaining that as a prosecutor he read the police report in which the former mayor admitted to pulling the gun on the man in order to stop him.

“Today not only won’t John admit it, he won’t answer as to whether he did anything wrong,” Lamb said.

Kenyatta, a native of north Philadelphia, took Fetterman to task for refusing to apologize for the incident.

“For somebody cutting the image of a tough guy, he’s so afraid of two little words, I‘m sorry,” the state representative said. “The problem with John is that he still refuses to do one of the most important things and that is be self reflecting.”

The candidates were shepherded away from that incident to more pressing campaign issues, including the war in Ukraine.

Kenyatta emphatically stressed he would not support sending American troops into Ukraine; he said the U.S. and its allies must continue to put pressure on Russian Prime Minister Vladimir Putin and hold him accountable.

Lamb said he supports the Biden administration’s latest assistance to Ukraine of weapons. He said the U.S. must assist Ukraine “no matter how long or what it takes.”

Fetterman said he applauds Biden’s latest assistance to Ukraine but stressed that no American troops should be deployed to the beleaguered country.

“We cannot risk having this escalate into a hot war with Russia,” Fetterman said. “That to me is the overriding concern here.”

Who is more electable?

One key question lobbed at the candidates concerned their electability, particularly given that not one of three candidates has garnered a clear, or at least overt, party endorsement.

Lamb, a centrist moderate who is widely seen as the unofficial preferred candidate for the Democratic Party, highlighted his track record at winning in western Pennsylvanian districts that are historically Republican strongholds and ones that Trump won solidly in 2016.

Lamb said he has “what it takes to stand” and win against Republicans. “I am the only candidate who has beaten Republicans head to head,” said the former Marine and prosecutor.

Beyond his commanding 6-foot-9 presence on stage, Fetterman currently commands in the polls and the fundraising.

The former Braddock mayor, who lost an insurgent primary campaign for this seat six years ago, maintains a comfortable lead in the polls and has more than three times as much money as Lamb for the final stretch of the primary, despite a Super PAC endorsement and funds infusion recently bestowed on the Pittsburgh-area congressman.

As of March 31, Fetterman had $4.2 million in the bank, according to a recent Philadelphia Inquirer analysis of campaign disclosures. Lamb had $2.2 million, but a significant chunk of that money is earmarked exclusively for the general election in November.

Fetterman pointed out that he has already won a competitive Democratic primary, unseating a sitting lieutenant governor; adding 1 million more votes to Gov. Tom Wolf’s bottom line in 2018 than the previous ticket.

“We are able to bring out the margins that we are going to need,” said Fetterman, who has been stumping in rural, traditionally Republican districts. “I’m the only candidate that has embraced this every county, every vote idea.”

Kenyatta, although trailing in the polls and fundraising against his two rivals, has more recently enjoyed measured bursts of voter and financial support. He rebuked the pundit idea that the commonwealth is not ready for its first Black and openly gay senator.

Kenyatta pointed out that he is from southeastern Pennsylvania, which boasts more voters than any other region of the commonwealth. He said the race was not about polls or money but who lays out a vision for a bigger, bolder Democratic majority.

“Pennsylvania is more ready for a new day, a fresh vision and new leadership” than pundits would have voters believe, said Kenyatta, who has built a diverse coalition of backers.

The race for the open seat is widely considered the Democratic Party’s best chance to gain a Senate seat in the fall.

The seat is being vacated by Sen. Pat Toomey, one of seven Republicans who last year voted to impeach former President Donald Trump for his role in the Jan. 6 Capitol attack.

Fetterman, a staunch supporter for the legalization of recreational marijuana use, reiterated that legalization would generate billions of dollars in federal revenue, create jobs, provide a cash crop for farmer, and would be a therapeutic tool for veterans afflicted with PTSD.

“There’s really no reason to oppose the legalization of marijuana,” Fetterman said. “The only reason is reefer madness.”

Lamb, a prosecutor, earlier this month voted in favor of a bill that would decriminalize marijuana on the federal level and allow for some marijuana-related convictions to be expunged. In 2020, Lamb was one of only four House Democrats who voted against a similar measure.

He said the decriminalization process has to be done “slowly and carefully” to address such issues as workplace safety for people who use marijuana.

Kenyatta said the issue went beyond economics and medicine, noting the disproportionate rates of African Americans who are arrested and convicted for possessing small amounts of cannabis.

“I understand that this is a civil rights issue, it’s an issue for the future of our economy and an issue for farmers who would be happy to grow to produce,” he said.

How to slow gun violence

Fetterman said he would vote to eliminate the Senate filibuster, which he said, would be the only way to pass comprehensive, common sense legislation, including banning assault weapons.

Lamb said he would focus on prevention, and would support shifting law enforcement dollars away from non-violent drug crimes to more aggressive gun crimes. He said the U.S. is too weak on prosecuting firearms trafficking.

Kenyatta said he would focus on creating communities with good jobs and health care for all to address safety.

All three gave strong marks to President Biden on his first year in office, with Kenyatta giving him an A- to his two challengers’ grade of B+ for the president.

The candidates responded to a question dealing with immigration, specifically a federal provision that allows the government to prevent migrants from entering the country during a health emergency such as the pandemic. Title 42 is set to expire May 23. They were asked if they would vote to extend it.

Fetterman cautioned against revoking it too rashly or soon, calling on a deeper level of planning on the part of the government. He said he would support comprehensive and compassionate reform to immigration.

Lamb said the measure, designed to control pandemic variants, should stay enforced and in place up to 60 days after the CDC declares the pandemic over.

Kenyatta called for a plan to ensure asylum seekers are treated humanely and with dignity.

Constitutional amendment to sell off liquor stores would pass: poll 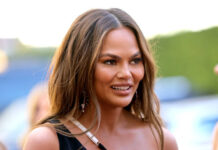 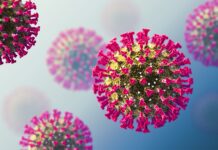 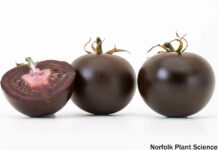 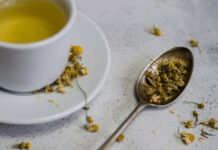 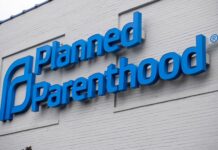