Sen. Mike Braun (R-Ind.) said Tuesday that he believes interracial marriage should not be legal nationwide and that individual states should decide whether to allow it.

“So you would be OK with the Supreme Court leaving the question of interracial marriage to the states?” reporter Dan Carden of The Times of Northwest Indiana asked Braun.

“Yes,” the senator replied on the call with Indiana reporters. “I think that’s something ― if you’re not wanting the Supreme Court to weigh in on issues like that, you’re not going to be able to have your cake and eat it too. I think that’s hypocritical.”

The world Braun would return to is what same-sex couples faced until 2015 — their marriage was not recognized federally and might be legal in one state but not the next. That sort of discrimination had ramifications in all corners of life, including medical decisions and family planning.

Braun later walked back his comments, claiming he misunderstood the question.

“Earlier during a virtual press conference I misunderstood a line of questioning that ended up being about interracial marriage, let me be clear on that issue – there is no question the Constitution prohibits discrimination of any kind based on race, that is not something that is even up for debate, and I condemn racism in any form, at all levels and by any states, entities, or individuals,” he said in a statement provided to HuffPost.

Braun’s argument came on the second day of confirmation hearings for Supreme Court nominee Ketanji Brown Jackson. Braun is not on the judiciary committee, but he ultimately will get to vote on whether to confirm her. Jackson herself is in an interracial marriage.

In the call with reporters, Braun said he wants a justice who won’t be an “activist,” and he cited Roe v. Wade, the 1973 case that legalized abortion access, as an example of judicial activism. Striking it down, he said, would be “bringing it back to a neutral point, to where that issue should never have been federalized.”

He said the “expression of individual states” should be allowed to shine through.

“If you want that diversity to shine within our federal system, there are going to be rules and proceedings that are going to be out of synch maybe with what other states would do. That’s the beauty of the system,” he said of a world where people of different races would not be allowed to get married everywhere. 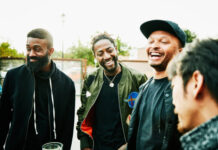 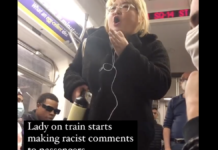 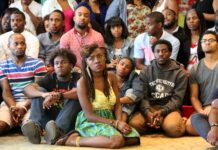 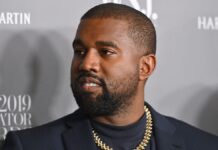 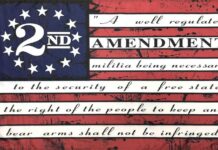