The U.S. is expected to pass one million COVID-19 deaths in the coming weeks – the highest total recorded anywhere in the world, according to the data from Johns Hopkins University.

The tragedy has not yet stopped. On daily average, coronavirus cases have doubled in the past month as Omicron variants continue to spread across the country.

Since every life counts, let’s take a close look at these incalculable human losses.

Since January 2020, over half of the total COVID-19 deaths in the U.S. had occurred among those aged 75 years and older, about three-quarters of deaths have been in people over age 65, data from the U.S. Centers for Diseases Control and Prevention (CDC) suggests.

Although the COVID-19 infection rate is the same among people above 4-year-old, the risk for death increases with age. Compared with 18 to 29-year-old, the rate of death is 330 times higher in those who are 85 years and older.

The data from CDC shows racial and ethnic minorities have experienced higher rates of COVID-19 infection and death compared to white people.

However, when data is adjusted to account for age distribution differences among racial and ethnic groups, it turned out that American Indian or Alaskan Native people have been the hardest hit.

According to an analysis from the APM Research Lab’s Color of Coronavirus project, 548 deaths have occurred in every 100,000 Indigenous Americans, while the number for Latinos is 471, for Black is 440 and for white is 263.

CDC has outlined that gaps in education, income, wealth, job and healthcare access, working and living conditions, and even racism and other forms of discrimination can all be factors attributing to the situation.

In the fight against coronavirus, Asian Americans performed better in almost every aspect. Their infection and death rates are the lowest compared with that of other ethnic minorities as well as White people.

Over the course of the vaccination rollout, they have been in the leading position since April 2021.

Disparities between the inoculation rates for other races have been narrowed over time, as Black and Hispanic people gradually have been less likely than their White counterparts to receive a vaccine.

COVID-19 orphanhood in the U.S.

Although kids seem to be less vulnerable to the COVID-19 pandemic in terms of infection rates and death counts, it doesn’t mean they don’t bear any loss. Among the almost one million coronavirus deaths, most of the dead are children’s caregivers.

Because of the pandemic, nearly 200,000 American kids have to be forever parted from one or both their parents, Imperial College London’s data shows.

The number could be even larger when grandparents or other primary and secondary caregiver losses are considered.

COVID-19 numbers may rise and fall, but orphanhood doesn’t come and go. “It essentially shatters kids’ assumptions about the world when their parents – these figures who are supposed to provide a sense of security and safety and meet basic needs – die,” Tashel Bordere, a professor of human development and family science at the University of Missouri, told the Atlantic.

The exact death toll of the COVID-19 may never be truly known because some people may die directly from the pandemic and others indirectly.

The CDC estimates that 1.1 million excess deaths have taken place since the start of the pandemic, mainly from COVID. Excess mortality is the increase in the total number of deaths, from any cause, compared with previous years. 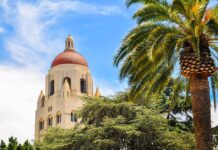 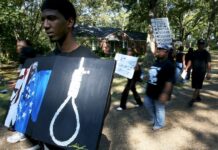 Fifty Years Ago, the Supreme Court Tried to Reduce Racial Bias in the Death Penalty. Did It Work? 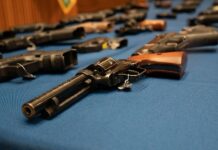 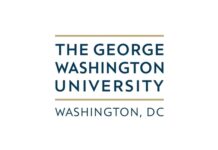