On April 19, 2022, the West Virginia Emergency Management Division (WVEMD) hosted a workshop at the West Virginia Conference Center in South Charleston for state and local agencies to head off disasters or, as one presenter said, solve problems before they become problems.

Specialists from FEMA Region 3 engaged with state and local officials on how to create plans to reduce or eliminate the impacts of emergencies caused by hazards such as floods, landslides, fires and cyberattacks.

The workshop offered guidance, strategies and resources to help agencies prepare to update state and regional hazard mitigation plans for 2023.

James Young, Disaster Field Coordinator for the WVFIT said, “It was encouraging to see so many local, state and federal partners come together to discuss mitigation planning.”

“This collaborative effort will help to identify priority mitigation projects that can reduce future risk and improve resiliency in the state,” he said.

The presence of so many stakeholders is a crucial element of the planning process as it allows for exchanging ideas and establishing the State’s vision and priorities for mitigating disaster risk moving forward.

“Making a plan without the right tools is like making spaghetti without a pot,” said WVEMD Planner and Hazard Mitigation Officer Tim Keaton. “You have to get the right people at the table.”

Photo: In discussing the threats officials should consider when drawing up mitigation plans, Jeremy Jones, Deputy State Fire Manager with the West Virginia Division of Forestry, noted that wildfires in the Mountain State are more numerous than many would expect. The agency was one of about a dozen represented at an April 19 State Mitigation Planning Workshop in South Charleston, W.Va. (Philip Maramba/FEMA) 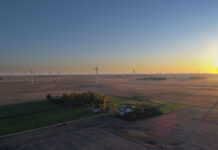 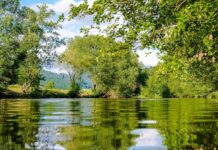 June 2022: News and Notes from NCFP’s Friends of the Family Network