A Bahamian government committee called on Prince William and Kate Middleton to admit the British economy was “built on the backs” of colonized ancestors and to pay reparations.

The National Reparations Committee, established in 2014 to make a legal case against European countries for reparations, demanded the British royal family issue “a full and formal apology for their crimes against humanity” as the Duke and Duchess of Cambridge continue their controversial Caribbean trip celebrating Queen Elizabeth’s Platinum Jubilee year.

The royal couple plan to visit the Bahamas later this week, which the reparations committee noted in an unsparing statement falls on the 15th anniversary of the United Nations’ International Day of Remembrance of the Victims of Slavery and the Transatlantic Slave Trade.

“Why are we footing the bill for the benefit of a regime whose rise to ‘greatness’ was fueled by the extinction, enslavement, colonization, and degradation of the people of this land? Why are we being made to pay again?” the statement says of the Cambridges’ trip.

#BREAKING – The Bahamas National Reparations Committee releases statement on the upcoming visit to The Bahamas by Duke & Duchess of Cambridge; calling for a full & formal apology from the British Royal Family on its role in slavery; “The time is now for reparations” (EWN) pic.twitter.com/11h2ZFTczs

“We are not beholden to the British monarchy in any way and do not owe them a debt of gratitude for anything — not for our culture, religion, or system of governance. Instead, the monarchy has looted and pillaged our land and our people for centuries, leaving us struggling with under-development, left to pick up the pieces.”

The statement continues with a demand for an apology and reparations.

“The Duke and Duchess may not be compelled to make such a declaration during their visit to our shores,” the statement says.

“However, they can no longer ignore the devastation of their heritage. They and their family of Royals and their Government must acknowledge that their diverse economy was built on the backs of our ancestors. And then, they must pay.”

The demand follows protests in Kingston, Jamaica, on Tuesday ahead of Kate and William’s afternoon arrival. The royals canceled a previous engagement following demonstrations over their presence in Belize.

People calling for slavery reparations, protest outside the entrance of the British High Commission during the visit of the Duke and Duchess of Cambridge in Kingston, Jamaica on March 22.

The protest on Tuesday, first reported on by Nadine White of The Independent, was organized by the Advocates Network, which describes itself as “an unincorporated, nonpartisan alliance of individuals and organizations advocating for Jamaica.” About 350 people attended the demonstration, a representative of the group told HuffPost.

In an open letter shared with HuffPost, the Advocates Network lists “60 reasons for apologies and reparations from Britain and its royal family” as Jamaica marks 60 years of independence on Aug. 6.

The letter ― signed by hundreds of prominent Jamaicans, including lawyers, entertainers, professors and politicians ― starts off by addressing the Cambridges and the queen’s 70 years on the throne.

“We see no reason to celebrate 70 years of the ascension of your grandmother to the British throne because her leadership, and that of her predecessors, have perpetuated the greatest human rights tragedy in the history of humankind,” the letter says.

“During her 70 years on the throne, your grandmother has done nothing to redress and atone for the suffering of our ancestors that took place during her reign and/or during the entire period of British trafficking of Africans, enslavement, indentureship and colonialization.”

“We urge you to reflect carefully on these 60 reasons why you should apologize and begin a process of reparatory justice,” the letter adds, calling on the future king and his wife to “act accordingly and just ‘sey yuh sorry!’”

Professor Rosalea Hamilton and Patricia Williams of the Advocates Network handed over the open letter to Oliver Blake, head of the political team at the British High Commission Jamaica, during the protest.

The Duke and Duchess of Cambridge have not addressed the protests or the Bahamian committee’s statement.

They plan to stay in Jamaica until Thursday. Royals sources told the Press Association that Prince William was expected to acknowledge slavery during a dinner on Wednesday.

An “APOLOGISE” sign seen during the protest outside the entrance of the British High Commission.

Also on Tuesday, The Independent reported that Jamaica was in the process of removing Queen Elizabeth as the country’s head of state.

The development is not entirely unexpected after Barbados removed the queen as head of state in November 2021. Jamaican Prime Minister Andrew Holness said in December that “there is no question that Jamaica has to become a republic.”

“We have put together a plan to move towards that in a way that is meaningful and substantial in function and form,” Holness said, via Loop Jamaica news. “That is what we are going to do.”

A Buckingham Palace spokesperson told HuffPost Wednesday that the queen’s status in Jamaica is a matter for the people there.

The palace response is similar to what it said in 2020 when asked about Barbados declaring that it would remove the queen as head of state.

It remains to be seen whether the British royal family, which remained silent on the Black Lives Matter protests in 2020, will formally apologize for its role in the slave trade and its colonization of large swaths of the world before World War II.

Prince Charles, who attended celebrations marking Barbados’ transition to a republic in November at the invitation of Barbadian Prime Minister Mia Mottley, acknowledged the “appalling atrocity of slavery” in a speech at the ceremony.

“From the darkest days of our past, and the appalling atrocity of slavery, which forever stains our history, the people of this island forged their path with extraordinary fortitude,” Charles said at the time.

Prince Charles speaks as the president of Barbados, Dame Sandra Mason, looks on during her inauguration on Nov. 30, 2021, in Bridgetown, Barbados.

The British royal family was also rocked by Meghan Markle’s interview with Oprah Winfrey last year when she said one of the royals questioned the color of her son Archie’s skin before he was born.

Prince William later responded to the claim by telling reporters the royals are “very much not a racist family.” The queen said in a statement at the time that “recollections may differ.”

Prince Harry and Meghan, who stepped back as working members of the royal family in January 2020, spoke about Britain’s colonial past in July 2020 during a meeting with young leaders of the Queen’s Commonwealth Trust. The commonwealth is made up of 54 nations, some of which are former British Empire colonies.

“There is no way that we can move forward unless we acknowledge the past,” the Duke of Sussex said then.

Jamaicans protested on Tuesday in Kingston to call for apologies and reparations from the British royal family as Queen Elizabeth marks 70 years on the throne. 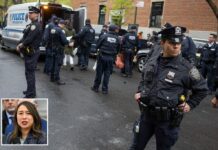 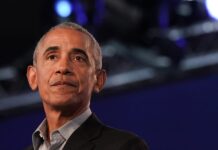 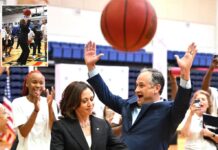 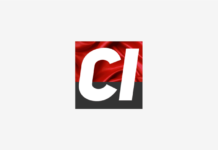 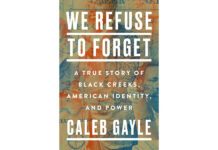