Jamaican Prime Minister Andrew Holness expressed his country’s goals to “move on” and become a republic during his meeting with Prince William and Kate Middleton on Wednesday.

“We are very, very happy to have you, and we hope you’ve received a warm welcome of the people,” Holness said in video captured by Sky News’ royal correspondent, Rhiannon Mills.

“Jamaica is a very free and liberal country. And the people are very expressive. And I am certain that you would have seen the spectrum of expressions yesterday,” the prime minister added, alluding to protests in Kingston on Tuesday that called for the British royal family to acknowledge its role in colonization and slavery and pay reparations.

“There are issues here which are ― as you would know ― unresolved. But your presence here gives an opportunity for those issues to be placed in context, put front and center, and to be addressed in as best we can,” Holness added.

“But Jamaica is, as you would see, a country that is very proud of our history and very proud of what we have achieved,” he told the Cambridges. “And we are moving on. And we intend to attain, in short order, our development goals and fulfill our true ambitions and destiny as an independent, developed, prosperous country.”

On Tuesday, The Independent reported that Jamaica “has already begun” its process to remove Queen Elizabeth as its head of state as it continues its push to become a republic.

Holness announced the country’s intentions to become a republic shortly after Barbados officially removed the queen as head of state in 2021.

“There is no question that Jamaica has to become a republic,” he said last year, according to Loop Jamaica News. “We have put together a plan to move towards that in a way that is meaningful and substantial in function and form. That is what we are going to do.”

This was not your usual start of a bilat in front of the cameras @AndrewHolnessJM in the strongest terms telling the Duke and Duchess of Cambridge that Jamaica is “moving on” and intends to “fulfil our true ambitions as an independent prosperous country” pic.twitter.com/I4Z1aYfLH1

A Buckingham Palace spokesperson told HuffPost on Wednesday that it wouldn’t comment directly on the topic, saying that it was a matter for the people of Jamaica.

The comment echoes the palace’s response when it was asked in 2020 about Barbados’ decision to remove the queen as head of state.

Graham Smith, head of the U.K.-based anti-monarchy group Republic, told HuffPost Wednesday that “this trip has been a spectacular own goal,” for the British royals since “their visit has put the republican issue front and centre” for Jamaica.

“If Jamaica follows Barbados and becomes a republic this year, we’re likely to see more and more of the remaining Commonwealth realms ditch the royals,” Smith said. “Increasingly divisive here in the UK and largely unwanted overseas, the question of whether Britain wants to put up with the monarchy for much longer will become an increasingly pressing one.”

Though the Duke and Duchess of Cambridge have yet to officially comment on the protests that have greeted them on their royal tour, an anonymous royal source told the Press Association that William plans to acknowledge slavery in a speech he’s due to give on Wednesday evening. 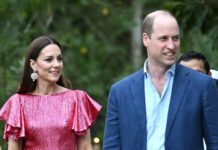 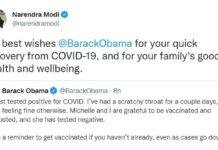 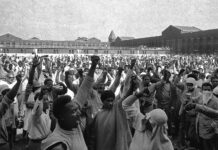 With ‘Attica,’ Stanley Nelson Wants To Change How We View Incarcerated People 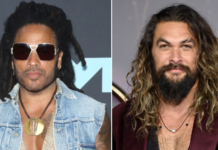 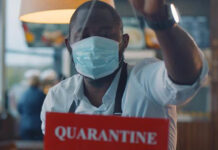