“We see that there has been somewhat of a plateau in our case rates in the past seven to 10 days,” Willis told the Board of Supervisors. “We haven’t seen that same meteoric rise that we saw through July when there was an exponential increase in cases every day.”

Willis said it is too early, however, to determine a trend. The amount of COVID-19 virus in Marin wastewater samples, which public health is monitoring, continues to increase, he said.

“That is another important sign that we might still be seeing an increase in transmission,” Willis said.

Willis also noted that as case rates have increased turnaround times for testing have grown longer. That means there might be a lag time in new infections being reported.

“We don’t want to be falsely reassured,” Willis said.

On Monday, Fairfax police shut down Community Wellness America, a San Diego-based testing operation that had set up shop on a sidewalk in front of Good Earth Natural Foods in Fairfax.

Willis said after police told the company it couldn’t operate at that location, it relocated the next day to the driveway of a private residence across the street. Willis said he got involved after receiving complaints about the operation from Fairfax residents.

“We were concerned that this was not a credible testing operation,” Willis said.

Willis verified that Community Wellness America was using a legitimate laboratory and reporting results to the state as required.

“But there were other elements of their practice that were raising concerns,” Willis said. “The company’s employees weren’t always covering their faces. It wasn’t clear from their signage who they represented, and some people were not getting results in a timely fashion and didn’t know who to appeal to.”

Willis said he contacted state health officials who confirmed that the company lacked a state license required to conduct the type of rapid antigen testing that it was employing. Willis said Community Wellness America also had not secured a license from the town to conduct business out of the driveway of a private residence.

Willis said Marin residents have multiple avenues to be tested for COVID-19: at the offices of their health care providers; at some pharmacies; and at county sites. Specific information is available at coronavirus.marinhhs.org/testing.

In briefing supervisors, Willis stressed that there is a vital difference between this fourth wave of COVID-19 infections and previous surges.

“It does not correspond to the same threat in terms of severe illness and death largely because of vaccines,” the public health officer said.

Willis said that on Tuesday there were 11 people hospitalized in Marin due to COVID-19, and there had been an average of 45 new cases per day over the previous seven days.

He said the last time case rates were this high, back in February, there were almost three times as many people hospitalized due to the virus.

At this point, more than 94% of Marin residents age 12 and older have received at least one vaccine dose, and 87% of eligible residents are fully vaccinated.

Willis said Marin’s African American population continues to have lower vaccination rates than other racial groups in the county. But he said that recently there has been an increase in the number of Black residents getting vaccinated in Marin “due to a concerted strategy and strong community leadership in the African American community, especially in Marin City and parts of Novato.”

Not everyone welcomed that news.

Meredith McMurray, one of several people who regularly criticize the mainstream medical community’s response to COVID-19 during supervisor’s meetings, said, “I’m concerned about the attitude that I’m seeing as it relates to the African American community. The goal was just to make them do it. To me that’s not fair. People need to be listened to.” 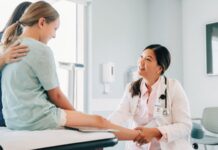 Women in Rheumatology: A Look Back, a Look Forward 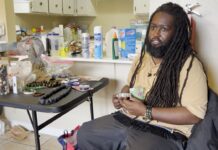 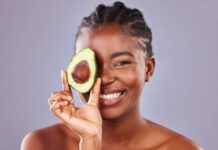 The Real Issue With Your Skincare Regimen 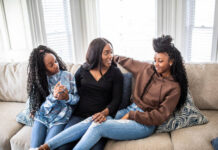 7 Period-Related Issues You Should Never Ignore 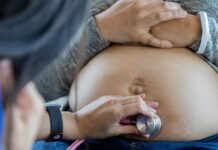