Those Black Lives Matter T-shirts that have featured so prominently throughout the MLS is Back tournament were designed by one of the league’s players, Philadelphia Union midfielder Warren Creavalle.

Passionate about design, Creavalle created the distinctive shirts — with bold text on the front and a statement of human rights on the back — as part of the Black Players for Change movement within the league.

“There was a lot of discussion around how we wanted to be represented, what do we want our message to be, how would we want to get it across? And obviously a really efficient way to do that is through T-shirts,” Creavalle said. “Being on the platform that we have, we thought that was a really effective way to get a message across.”

Black Players for Change sprung from an Instagram group started by Toronto defender Justin Morrow after the death of George Floyd, which touched off protests worldwide against systemic racism and policy brutality.

At the opening game of the MLS tournament in Florida, members of the group collectively stood in silence, fists raised, for 8 minutes and 48 seconds, the time a Minneapolis police officer kept his knee on Floyd’s neck before he died.

Insight by Ciena Government Solutions and Comcast Government Services: State Department, CIA and DISA provide insight into why networks need to be adaptable and scalable in this free webinar.

Creavalle was a natural choice to design the official T-shirt of the movement. He founded his own clothing brand with a cousin, aptly called “Creavalle.” Also a photographer, Creavalle sells prints on the brand’s website.

A key aspect of the BLM T-Shirt design is a statement on the back, which sums up Creavalle’s thoughts about the moment:

“To be clear, this is not your distraction, it’s not your escape from real life. For some, this is everyday life. This is not politics, it’s not black vs white, it’s human RIGHTS. Silence is violence. In certain cases, silence was suffocation. This is not meant for your comfort, it’s not meant to be a trend. It’s meant for your awareness, understanding, and mobilization. If you’re not uncomfortable, you’re doing it wrong. MLS is back, but Black Lives still Matter. They mattered yesterday, they matter today, and they MUST matter tomorrow.”

Proceeds from the sale of the shirts are going to the NAACP Legal Defense Fund, 100 Black Men of America, and Player’s Coalition in partnership with Black Players for Change.

Creavalle, a defensive midfielder, was drafted by the Houston Dynamo in 2012 and had a stint with Toronto before joining Philadelphia in 2015. He was dogged by a right foot fracture last season but made 13 appearances, including five starts, with the Union.

Sign up for our newsletters for the latest news affecting the federal workforce.

The ongoing project he’s most excited about is Design FC, an after-school program in Chester, Pennsylvania, that encourages middle school kids interested in design to express themselves and build their own brands.

Not ruling out a career in design when he retires from soccer, Creavalle said the young people he works with in the community are his inspiration.

“It is really refreshing to see the perspective of kids that don’t have any set rules around how things are supposed look, they haven’t been jaded by what society says certain things should look like. I think that’s really beautiful to see,” he said. “I like to go through the world with a really open perspective and look to take pieces from every stop that I make.”

Copyright © 2020 . All rights reserved. This website is not intended for users located within the European Economic Area. 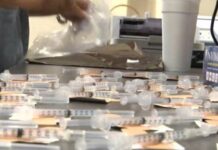 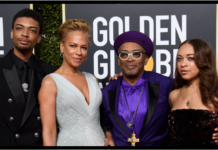 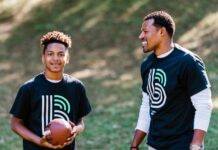 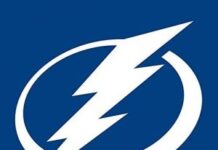 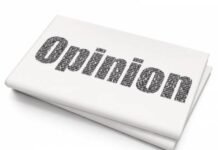 Is This America? Four Days Without Electricity, Gas And Water By Chido Nwangwu