Good morning. It’s Thursday. Tips, comments, recipes? You know the drill. Thanks for waking up with us.

THE WAITING IS THE HARDEST PART: It’s two days past the primaries in Kentucky and New York and we still don’t have the results from high-profile races. That’s because officials are still counting mail-in ballots, postmarked as late as primary day — and they’re likely to be counting for days, and maybe even weeks, to come. Such is the new reality of pandemic elections, in which millions of absentee ballots were issued as states look to thin out crowds at polling sites and voters seek to avoid the risk of coronavirus contagion.

The wait for final and official results may be a preview of what’s in store come November 3 — an election night that might be more accurately called election week or even election month.

States are scrambling to prepare for a surge in mail-in voting as voters, with 119,000 people in the United States already dead from covid-19, are likely to remain reluctant to cast their vote in person. But even for states with the most well-oiled and practiced processes to count absentee ballots in place, experts warn that a broader effort is essential to help people understand the true reasons behind the expected delays and protect the integrity of the process.

It remains to be seen what this could look like on a national scale. Some key 2020 battleground states – Arizona, Florida, Michigan, North Carolina, Pennsylvania and Wisconsin – don’t require voters to specify a reason for requesting a mail ballot. And the pandemic has sparked sweeping changes, as The Post’s Elise Viebeck wrote last month: “In a watershed moment for American voting, nearly 30 states have changed rules or practices for this year’s primaries or the general election in response to the public health threat posed by covid-19, according to a tally by The Washington Post. The new policies affect roughly 86.6 millionregistered voters — including more than 40 million people who now have the temporary right to cast an absentee ballot because of the virus.”

Or for the presidential race: “[A] close race between President Trump and former vice president Joe Biden, the presumptive Democratic nominee, in a pivotal state could take days, even weeks, to resolve, election officials across the country are warning,” The Post’s Amy Gardner reported this week. “Barring a landslide for either candidate, that scenario could invite an unprecedented test of the country’s faith in its elections: an extended period without a declared winner. Amid that uncertainty, few expect Trump, who has said repeatedly that he thinks mail voting could cost him the election, to soothe voter anxieties.”

In New York, two members of the Democratic establishment whose races have yet to be called face uncertain futures — and the delays have already caused a controversy. The Associated Press has not called the Democratic primary in New York’s 16th congressional district between Rep. Eliot L. Engel, the House Foreign Affairs Committee chairman, and his insurgent challenger Jamaal Bowman.

Bowman, who currently holds a 25-point lead over Engel, declared victory even though absentee ballots still need to be counted. Engel’s campaign team released a statement calling Bowman’s victory lap premature: “Congressman Engel strongly believes that every absentee ballot should be counted, especially during this pandemic,” according to a statement released by the Engel campaign. “In the meantime, the Congressman will continue his work for the people of the Bronx and Westchester. ”

And incumbent Rep. Carolyn B. Maloney (D-N.Y.) currently holds a very slim lead over primary challenger Suraj Patel. “The New York City Board of Elections said it had already received 15,616 absentee ballots from voters in Ms. Maloney’s district,” the Wall Street Journal’s Jimmy Vielkind reports. “In a statement, Mr. Patel said his campaign actively courted absentee-ballot voters and was confident that ‘energy and momentum is on our side.’”

Complete vote totals won’t be available until June 30 for Kentucky’s primary, where registered voters were allowed to mail in absentee ballots and vote early due to the coronavirus, Secretary of State Michael Adams told the Louisville Courier Journal’s Phillip Bailey and Joe Sonka. One race still too close to call: Who will take on Senate Majority Leader Mitch McConnell (R-Ky.) in the fall. Amy McGrath, a retired Marine pilot has a slight edge over state Rep. Charles Booker based on 10 percent of the expected vote count, according to The Post.

Not just Tuesday: “The evidence that Nov. 3 may not resemble past presidential elections has accrued with each passing primary,” Amy reports. “After voters in Pennsylvania, Georgia and Nevada went to the polls this month, some races hung in the balance for days as election officials waded through thousands of absentee ballots….Pennsylvania did not finish tallying absentee ballots until 10 days after the primary.”

Trump has ramped up his attempts to discredit voting by mail by making unsubstantiated claims of wide-scale fraud — and Biden has shot back that these are signs the president might try to “steal the election.”

To avoid a potentially fraught wait in November, experts are calling on states to speed up the processing of election results to shave off the time it takes for Americans to learn who wins. In some states, election officials are lobbying to tweak the existing rules so that absentee ballots that have already arrived can start to be processed before election night in November.

$$$: Election officials are also calling on Congress to help foot the bill for states to hire extra staff and implement procedures needed to adjust to the surge in absentee voting: The Brennan Center for Justice estimates that $4 billion is needed overall to ensure “the safety and security of the many other statewide and local elections that will occur throughout 2020″ amid the pandemic.

It ain’t over ‘til it’s over: Voting officials and experts also say there should be guidelines for candidates to avoid undermining the democratic process — including declaring victory before absentee ballots are counted.

BLACK VOTERS PREFER BIDEN BY LARGE MARGIN: “[Biden] currently leads Trump by a not-unexpectedly lopsided margin among black registered voters, 92 percent to 5 percent. His supporters are about evenly split on whether they are casting an affirmative or negative vote, with roughly half saying they mainly “support Biden’ and the other half saying they mainly ‘oppose Trump,’” Scott Clement, Dan Balz and Emily Guskin report this morning on a new Washington Post-Ipsos poll.

Racism and police conduct are the most important issues in their choice of candidates: “The poll finds that, across all age groups, at least 9 in 10 black Americans say both racism and police treatment of black Americans will be important in their presidential vote,” our colleagues write. “Roughly 7 in 10 of black adults say each of those issues is ‘one of the most important.’”

Black Americans are split over importance of choosing a black running mate:

BIDEN IS ROMPING OVERALL TOO: “Biden is currently ahead of Mr. Trump by 14 percentage points, garnering 50 percent of the vote compared with 36 percent for Trump. That is among the most dismal showings of Trump’s presidency, and a sign that he is the clear underdog right now in his fight for a second term,” the New York Times’s Alexander Burns, Jonathan Martin and Matt Stevens report of the latest NYT Upshot/Siena College poll of registered voters.

The base of the statue of former president Andrew Jackson is power washed inside a newly closed Lafayette Park on Wednesday. (Jacquelyn Martin/AP)

MARSHALS PUT ON ALERT TO PROTECT MONUMENTS: “U.S. marshals have been told they should prepare to help protect national monuments across the country, according to an email directive viewed by The Washington Post, as [Trump] has vowed stern punishment for those who vandalize or destroy such structures as part of police violence protests,” Devlin Barrett and Matt Zapotosky report.

U.S. HITS NEW SINGLE-DAY CASE RECORD: “With coronavirus infections setting a single-day national record Wednesday, health experts are taking little solace from one of the few bright spots in the current resurgence: Deaths are not rising in lockstep with caseloads. But that may be just a matter of time,” Lenny Bernstein, Rachel Weiner and Joel Achenbach report.

Deaths are a lagging indicator meaning future news could be even more grim: “Which means Arizona, Texas and Florida, states that reopened early and now are experiencing runaway infection rates, are likely to be burying more dead in July,” our colleagues write.

DEMS SCALE BACK CONVENTION: “Democrats announced that [Biden] will forgo big crowds, chaotic floor votes and much of the pomp of a traditional political convention when he accepts his party’s nomination over four nights of nationally televised celebrations in Milwaukee in August,” Michael Scherer reports.

SENATE DEMS BLOCK GOP POLICING BILL: “In a 55-to-45 vote, the legislation written primarily by Sen. Tim Scott (R-S.C.) failed to advance in the Senate, where it needed 60 votes to proceed. Most Democratic senators said the bill fell far short of what was needed to meaningfully change policing tactics and was beyond the point of salvaging,” Seung Min Kim reports.

Congressional efforts are increasingly dim: “Democrats are pushing a more expansive policing bill that the Democratic-led House will vote on [today], a measure that would mandate several changes, including a federal ban on chokeholds, prohibitions on no-knock warrants in federal drug cases and establishment of a national database to track police misconduct,” our colleague writes.

GOP’S JUDICIAL PUSH REACHES ANOTHER MILESTONE: “A divided Senate confirmed [Trump’s] 200th judicial nominee, a milestone that reflects the breakneck speed at which he and fellow Republicans have moved to create a legacy that will endure regardless of the outcome of this year’s elections,” John Wagner reports.

But it might not be over yet: “The ruling from the three-judge panel means that at least for now Sullivan cannot hold a hearing set for July 16 to formally consider the government’s request to dismiss Flynn’s case,” our colleague writes. “Sullivan could ask for a rehearing, or the full court could decide to revisit the decision from the three-judge panel, whose members are selected at random.” 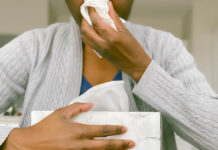 What You Need to Know About Immune System Health After 50