Rep. John Lewis, who died on Friday at the age of 80, made history when he delivered a speech at the 1963 March on Washington, an event that also included the iconic “I Have a Dream” speech by his mentor and friend Dr. Martin Luther King Jr.

Lewis spoke to TIME in 2013 for the 50th anniversary of the March, and said he vividly remembered being introduced to hundreds of thousands of people who had gathered for the historic March and were eager to hear from the 23-year-old who was quickly taking a leadership role in the civil rights movement.

“I stood up and I said to myself, ‘This is it,’” Lewis told TIME. “I looked straight out and I started speaking.”

At the time, Lewis was chairman of the Student Nonviolent Coordinating Committee (SNCC), which was one of the major organizations during the civil rights movement. Their actions included participating in protests, sit-ins and many of the marches and campaigns during the fight for civil rights.

“Those of us in the Student Nonviolent Coordinating Committee wanted the speech to speak for the hundreds of thousands of young people and people not so young that we were working within the horde of the Deep South,” Lewis said. “We prepared a speech that we thought reflected the feelings, the ideas of the people.”

Bob Zellner, who was then the field secretary for the SNCC, said the organization was likely the most militant out of all the organizations involved in the March — and there was pressure on Lewis to censor his comments.

“They wanted to temper that speech and we thought that it was the time not to temper the speech,” Zellner told TIME.

The speech starts with Lewis immediately telling people what the March is about. He also noted that many more people were not present because they were trapped working for “starvation wages.”

“While we stand here, there are sharecroppers in the Delta of Mississippi who are out in the fields working for less than three dollars a day, twelve hours a day,” Lewis said during his speech.

Lewis also criticized both parties during his speech, saying that neither one was helping the cause.

“Where is the political party that will make it unnecessary to March on Washington?” Lewis implored at the time.

The speech also used the word “revolution.” Lewis remembered that some people were against the term, while others felt it was the right word for the moment.

“He talked about what was actually happening in the field,” Doris Derby, a volunteer with SNCC, told TIME. “People being beaten and the bombings…so he was talking about things that we knew about.”

While most of the speech was viewed as “radical” by many, Lewis felt it was the end of the speech that people really didn’t like.

Lewis recalled that he intended to end the speech by saying, “If we do not see meaningful progress here today the day will come when we will not confine our marching on Washington, but we will be forced to march through the South the way Sherman did — nonviolently.”

He was referring to ‘Sherman’s March to the Sea’, a Civil War march led by Union General William T. Sherman in 1864 in Savannah, GA. The goal of that march was to scare Georgia’s citizens and convince them to leave the Confederate cause.

“They [other volunteers] said ‘John, you can’t use that,’” Lewis recalled. “They said, ‘John, that doesn’t sound like you.’ That’s what Dr. King said.”

Lewis said he could not say no to Dr. King. “This man that I admired and loved. He was my inspiration, my hero.”

Ultimately, the ending of the speech was changed before Lewis delivered it. 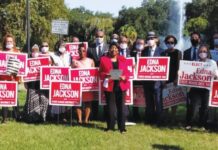 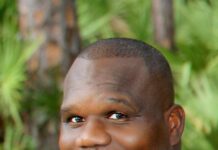 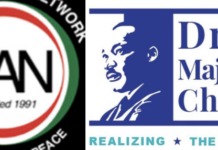 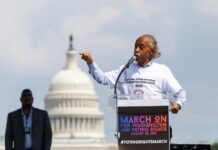 Biden vowed to make racial justice the heart of his agenda – is it still beating?