During the summer of 2020, Thomas Dyer gave a speech about double standards for African American citizens at a Black Lives Matter protest in his hometown of Pennsauken, New Jersey. It was recorded and shared on Instagram where it gained more than 600 views.

“Something before that night told me I should write out how I’m feeling about all of this down and then I did,” said Dyer, a junior political science major.

Social media is allowing activists to spread their message to more people, and for students to engage with social justice issues through posting about racism and other forms of injustice in addition to organized in-person actions like protests and speaking to lawmakers.

Twenty-three percent of survey respondents said that social media led them to change their views on issues like Black Lives Matter and police reform, according to a 2020 survey from the Pew Research Center.

Motivated by civil rights leaders, like Malcolm X, Martin Luther King Jr, James Baldwin and Huey P. Newton, Dyer often writes letters to them and posts the letters on Instagram as if they were still alive, asking them what they would do about injustice in the modern day, he said. He mainly writes about police brutality, the way it’s covered by the media and how people react to racial inequality.

“I didn’t want to be too focused in on one specific thing, I kind of wanted everyone to see every single aspect of all parts of society and see how we can look at and change it,” Dyer added.

There is value in utilizing both social media and in-person forms of protest to advocate for a cause, said Thomas Wright, a communication and social influence professor.

“Quantitatively, more people can participate such as those with disabilities, parents with young children, or those who are demographically isolated,” he said. “It is easier to contact lawmakers, spread awareness and allow others to engage in these life-changing events.”

Lucia Robertson, a junior biochemistry major, uses Instagram to educate herself about a variety of social-justice issues, including Black Lives Matter and the Israel-Palestine conflict, she said.

Robertson fact checks what she reads on social media by looking at unbiased news sources, she said. Comparing the news sources to the social media posts lets her draw her own conclusions and learn more about the issue.

“With social media, things can be spread so easily that it’s good to go back and fact check because, you know, I don’t know, somethings can get mixed in there,” Robertson said. “It gives an opening for miscommunication.”

While social media has allowed people to learn more about social justice issues and get involved, social media is also an effective tool for spreading misinformation and encourages confirmation bias, which is when people are more likely to believe something that fits their worldview, Scientific American reported.

During BLM protests during summer 2020, there were numerous rumors and lies about the movement being spread on social media, including that BLM had been designated a terrorist organization, National Public Radio reported.

“For people of color, social media was our biggest friend but also our biggest enemy during the Black Lives Matter movement in the summer of 2020,” Dyer said.
Even so, it has become normal for organizations to utilize traditional forms of activism and social media together to make their voices heard and protest, Wright said. There is also usually a social media element to in-person events now, with protestors recording and posting footage from events online. 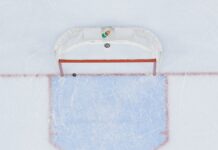 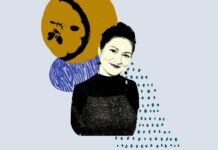 A Small Coffee Roastery Under Pressure: ‘I Feel Like Capitalism Is Killing Us’ 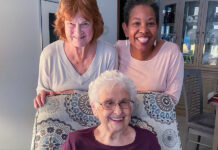 A risk that worked: Talking about race head-on with neighbors 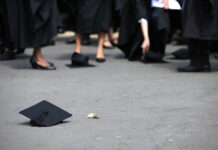 The Social And Economic Crisis Facing Men In America 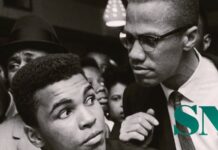