Old time consummate politician and long-term Congressman Tip O’Neil – who was in Congress for 34 years and was Speaker for a decade – offered an aphorism on American political longevity that has stood the test of time: “All politics is local”. Meaning that before you can strut and remain on the national stage, you first gotta win your local primaries as a candidate to represent your party!! And this means earning the loyalty of your LOCAL voters!

The very ambitious Congressman Hakeem Jeffries is trying to be a consummate politician, and, from his base in Brooklyn, he’s been very careful to be solicitous of his constituents’ concerns. Those constituents include his home base in Prospect Heights and the contiguous majority African-American and Caribbean-American Bedford-Stuyvesant, Brownsville,
Canarsie, East New York, Ocean Hill, Spring Creek, and East Flatbush bases. These are the stomping grounds for most African-Guyanese NYC immigrants, and have one of the largest numbers of Projects that house some very desperately poor persons.

So the point of all of this is that, when Jeffries bounded onto that stage at Grand Army Plaza to hysterically scream about “PPP’s anti-Black racism”, he was being cranked up and was pandering to his Brooklyn Guyanese constituents. He figured he was playing good ole American politics by genuflecting to “local politics” and shoring up his base for the Congressional elections coming up next year. But he seemed to have forgotten that those voters aren’t the totality of what it’ll take to get him re-elected. There’s a large swathe of his district in mostly white Queens neighbourhoods of Bergen Beach, Gerritsen Beach, Howard Beach, Marine Park, Mill Basin and the mixed neighbourhoods like Clinton Hill, Flatlands, Fort Greene, Ozone Park, Brighton Beach, and Coney Island. There’s a whole lotta PPP supporters in Ozone Park.

His strident invocation of racism isn’t playing out well in the latter communities, and his opponents are taking note. Those voters don’t want to import the polarisation of some foreign “Third World” states to muddy Brooklyn waters. Jeffries seems to’ve forgotten that, back in the day, clawing his way into and up the slime of Assembly Politics, he’d damningly accused his opponent Green of injecting Zimbabwe’s politics into Brooklyn by endorsing the election-rigger Mugabe.

Here, Jeffries is implicitly endorsing the Guyanese riggers who want our 2020 democratic votes rejected!! By so demanding, he’s somersaulting on his just-as-strident 2020 denunciations of foreign “interference” in our elections by now demanding it!!
He’s allowing his “friendship” with a two-bit Guyanese hustler fighting for relevance to take him down a very slippery slope.

Jeffries should remember that Tip O’Neil also advised, “Keep it business, not personal.”

…to anti-Democrats is dangerous

There are many lessons coming out of the debacle in Afghanistan, and as a minnow swimming between sharks in a globalised world, we need to take heed of them. One lesson comes from Doug Lute, a US Army General who helped direct Afghan war strategy during the Bush and Obama administrations. “The principle of war stands — moral factors dominate material factors. Morale, discipline, leadership, unit cohesion are more decisive than numbers of forces and equipment. As outsiders in Afghanistan, we can provide materiel, but only Afghans can provide the intangible moral factors.”

And since “politics is war by other means”, the advice is also appropriate for America in its relations with Guyana. If they want to support democracy here, they should remember how the PNC consistently frittered away their material help between 1964 and 1992, and again between 2015 and 2020. It all boils down to the “moral factors”, rather than all the material assistance.
The PNC remains fundamentally and irretrievably as anti-democratic as the Afghan warlords.

Your Eyewitness understands that most of politics is psychological, but he still can’t get over the residents of Georgetown keeping themselves in thrall to the PNC after decades of their neglect.
Cutting their noses to spite their faces? 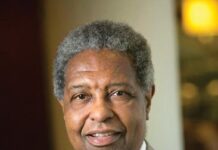 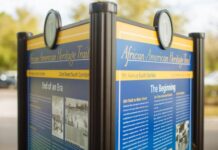 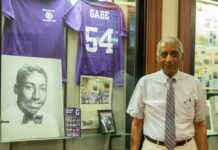 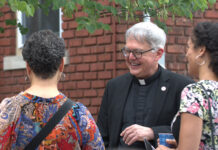 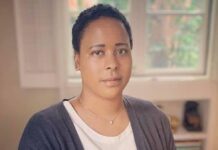 Racism triggers me to drink, but Zoom-bombers won’t let me be Black in AA meetings