Between network, cable and streaming, the modern television landscape is a vast one. Here are some of the shows, specials and movies coming to TV this week, Feb. 8-14. Details and times are subject to change.

BLACK LIGHTNING 9 p.m. on the CW. When “Black Lightning” premiered in 2018, it delivered a jolt of real-world relevance to the superhero genre, exploring race and social justice issues in no uncertain terms even as its titular hero, played by Cress Williams, delivered the obligatory zaps and zings to bad guys. The fourth season, which debuts Monday night, will be the series’s last; it begins with Black Lightning (alter ego: Jefferson Pierce) mourning the death of a major character, which happened at the end of the third season.

BLACK ART: IN THE ABSENCE OF LIGHT 9 p.m. on HBO. The filmmaker Sam Pollard, whose acclaimed new documentary “MLK/FBI” was released widely last month, returns with another sharp, historically-minded feature doc, this time about David Driskell, the artist, art historian and curator who was a vital champion of African-American artists. “Black Art” looks at the enduring impact of “Two Centuries of Black American Art,” Driskell’s 1976 exhibition at the Los Angeles County Museum of Art, through interviews with artists including Theaster Gates, Kerry James Marshall, Faith Ringgold, Amy Sherald and Carrie Mae Weems. The film comes less than a year after Driskell’s death; it shows the fundamental role he played in efforts to get Black American artists space on museum walls. “I was looking for a body of work which showed first of all that Blacks had been stable participants in American visual culture for more than 200 years,” Driskell said of the exhibition in a 1977 interview with The New York Times. “And by stable participants I simply mean that in many cases they had been the backbone.”

TUSKEGEE AIRMEN: LEGACY OF COURAGE 8 p.m. on History. Ted Lumpkin Jr., one of the oldest surviving members of the Tuskegee Airmen, died last month at 100. His legacy — and those of the other members of the Tuskegee Airmen, the country’s first Black aviation combat unit, which fought in World War II — live on through the generations that came after them. This hourlong documentary, narrated by the news anchor Robin Roberts, revisits the history of the unit, whose members fought the Axis powers outside of the United States and discrimination inside of it.

CLARICE 10 p.m. on CBS. This ambitious new horror series is the latest show based on Thomas Harris’s suspense novels, which most famously include “The Silence of the Lambs.” It’s also the latest to revolve around Clarice Starling, the F.B.I. agent famously played by Jodie Foster in the 1991 film. The new show picks up months after the events of “Silence of the Lambs,” with Clarice (Rebecca Breeds) taking on new cases while working through lingering trauma.

HOW TO BUILD A GIRL (2020) 9 p.m. on Showtime. Beanie Feldstein plays an awkward British teenager who becomes an acid-penned, love-struck rock critic in this coming-of-age comedy, which was adapted from Caitlin Moran’s novel of the same name. The movie version “leaps from raunchy to charming, vulgar to sweet, earthy to airy-fairy without allowing any one to settle,” Jeannette Catsoulis wrote in her review for The Times. Yet, she added, “it’s so wonderfully funny and deeply embedded in class-consciousness — ‘We must never forget it’s a miracle when anyone gets anywhere from a bad postcode,’ says one character — that its tonal incontinence is easily forgiven.” Showtime is airing “How to Build a Girl” alongside Bo Burnham’s “Eighth Grade,” another sweet and sour coming-of-age comedy about a teenage misfit, which starts at 7:25 p.m.

MILES AHEAD (2016) 6:15 p.m. on Starz. In “Miles Ahead,” Ewan McGregor plays a rock journalist whose subject punches him in the face. That subject would be Miles Davis, portrayed here by a devastatingly cool Don Cheadle. The film takes after Davis’s music, bringing an unusual, impressionistic approach to its storytelling; it drops Davis into a fictional story that involves a bender, a stolen tape and a car chase. Cheadle, who also directed, cooks up a version of Davis who is both soft-spoken and supremely self-assured.

IN CONCERT AT THE HOLLYWOOD BOWL 9 p.m. on PBS (check local listings). This pandemic-era series, which has showcased a variety of archival performances by the Los Angeles Philharmonic and its guests at the Hollywood Bowl, comes to a close on Friday night with an episode built around Latin music. It includes footage of the orchestra performing alongside the Colombian singer-songwriter Carlos Vives, the Mexican rock band Café Tacvba and performers from Siudy Flamenco Dance Theater in Miami.

ROMAN HOLIDAY (1953) 8 p.m. on TCM. Audrey Hepburn and Gregory Peck star in this romantic comedy about a princess (Hepburn) who falls in love with a reporter (Peck) during a trip to Rome. Viewers who raised children in the early 2000s (or who were children in the early 2000s) might find the image of Hepburn and Peck piloting a Vespa through Roman traffic familiar: It was copied a half-century later in “The Lizzie McGuire Movie.”

THE AGE OF INNOCENCE (1993) 8 p.m. on TCM. Daniel Day-Lewis has worn many top hats. There’s the big one he wore in “Lincoln,” for example, and the memorable blue-banded number that was perched on his head in “Gangs of New York.” In “The Age of Innocence,” Martin Scorsese’s adaptation of the Edith Wharton novel, Day-Lewis plays a fancy high hat-wearing wealthy lawyer in 19th-century New York who, after courting and marrying one woman (Winona Ryder), has affair with a countess (Michelle Pfeiffer).

LINCOLN: DIVIDED WE STAND 10 p.m. on CNN. The actor Sterling K. Brown narrates this new, six-part documentary series about Abraham Lincoln, which looks at the 16th president’s personal and political lives, and how each affected the other. The first episode tends toward the personal: It focuses on the early years of Lincoln’s life. 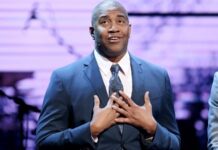 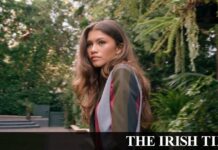 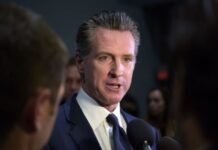 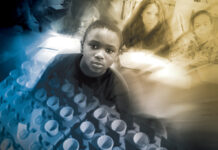 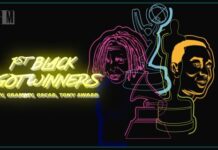 Who Is The First Black EGOT Winner?