The National Museum of African American Music (NMAAM) has officially landed its first partnership with a music company ahead of its opening on Jan. 18.

NMAAM announced Thursday a new partnership with Sony Music Group (SMG), which was developed through Sony Music’s Global Social Justice Fund. As part of the agreement, a Sony Music Scholars Black Music Certification and Scholarship Program will be created to “make an impact on the community through music education,” according to a news release.

“We are thrilled to partner with Sony Music Group to grow the museum and invest in the Nashville community,” H. Beecher Hicks III, president and CEO of NMAAM, said in a news release. “Sony Music’s partnership helps us tell a unique story of Black music executives and also looks to the future to help create the next generation of leaders in music. We’re excited to finally be able to share the museum with the world later this month.”

The scholarship program has been developed to introduce students to the music industry through the lens of African American history and culture.

The two sides will partner on a curriculum, course and certification dedicated to Black music culture and business, with the goal of providing students a window into all facets of the music business and related careers, according to a news release.

Along with the certifications and scholarship program, SMG will underwrite the museum’s “Business Behind the Music” exhibit at launch. The exhibit will feature Black music executives as well as record labels and publishers that have played a significant role throughout American history. The exhibit, which aims to celebrate Black music business pioneers, is said to be one of the most complete and up-to-date collections of its kind.

“NMAAM is an important institution, to Nashville and to our entire industry. We’re very pleased that we can help bring the museum to life and further our shared mission of impacting communities through music education,” Towalame Austin, executive vice president of philanthropy and social impact at SMG, said in a news release. “By telling the complex, overlooked and expansive history of Black artists and songwriters across all genres of music in this country, NMAAM is adding to Nashville’s already rich and growing arts community and is shining a light on key parts of our music history.” 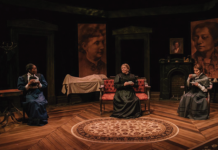 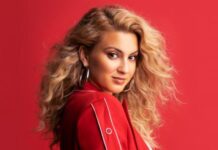 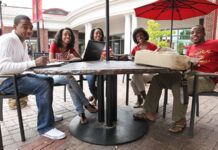