Justice Miriam Shearing and Stephen P. Shearing (posthumously) are honored as Distinguished Nevadans during UNLV commencement at the Thomas & Mack Center Saturday, May 18, 2019. Graduates, about 3,000, ranged in age from 18 to 71 and came from across the U.S. and from 50 foreign countries.

Clark County emerged from the 2020 election as a beacon of gender diversity in its courts, as voters overwhelmingly backed a large and multiethnic group of women candidates for judicial positions here and statewide.

Among the highlights, women were elected in 24 of 32 judicial races in Clark County District Court, including 15 of 17 races between women and men. After the winning candidates are sworn in next year, women will head up 75% of the court’s judicial departments.

In the Family Division, women were elected to 15 of the 26 positions, including all six races pitting women against men. Dedree “Dee” Butler became the first Black woman elected to the family court.

At the state level, Clark County voters chose incumbent Bonnie Bulla in the lone Court of Appeals race, and Supreme Court Chief Justice Kristina Pickering was elected while running unopposed. With Pickering’s return, women will continue to hold a majority of positions on the state’s highest court.

The outcome should be a point of immense pride for Nevada — especially the Las Vegas Valley —because diversity in our courts is an area where we glimmer nationally.

According to one often-cited study, women make up less than a third of judges at the district court level across the country. And the national numbers are even more dismal for women of color, who hold just 8% of seats on district court benches.

That’s unacceptable, but fortunately it’s not the case here in Southern Nevada, where voters clearly value the leadership role that women play in our legal and judicial community. And don’t try to argue that we’re now overbalanced with women judges — after generations of male dominance, women’s increased presence is a refreshing and long-overdue change.

Diversity is critical in the court system, where studies have shown that underrepresentation of minorities and women on the bench results in unequal treatment of people of color due to latent or conscious bias. Not only that, but the optics of a court system dominated by white men aren’t good. As former Ohio Supreme Court Justice Yvette McGee Brown aptly put it, “The public’s perception of justice suffers … when the only people of color in a courthouse are in handcuffs.”

In Clark County District Court, women broke the gender barrier in 1983 when Miriam Shearing became the first woman on the local bench. Shearing went on to become the first woman to serve on the Nevada Supreme Court and its first female chief justice.

This year, women candidates poured through the door that Shearing opened all those years ago.

One reason was the strength and experience of the candidates, who brought impressive résumés to their campaigns. The caliber of women candidates showed elsewhere on the ballot too: It’s well worth noting that women widened their majority in the Legislature to more than 60%.

Their election wins were victories not just for them but for people who have fought for decades to even the playing field by providing greater opportunities for women in education and the workplace. The candidates won on their own, but they were standing on the shoulders of others who worked to get women into law schools and elsewhere in the education system.

The result of those struggles is a fairer and more representative judicial system. But from a broader perspective, the positive results of boosting diversity in education are won in all areas, and all of society benefits.

The outcome of the judicial elections also may have been a rebuke of a justice system that for far too long has been male-dominated and largely white. At a time when millions of Americans from all walks of life took to the streets to peacefully demand judicial reforms and equal treatment for Blacks and other communities of color, it stands to reason that voters would line up behind candidates who would bring more diversity to the courts.

Nationwide, there’s a long way to go toward making the bench look like the American population. And President Donald Trump took the situation backward with his appointments to federal courts, which have been overwhelmingly white men. A study released this past July showed that of the 218 judges Trump had appointed at that time, 85% were white and 76% were male.

But the good news is that the election of Joe Biden and Kamala Harris will help put the federal courts back on the right trajectory.

Even better, Southern Nevada is already racing that way. 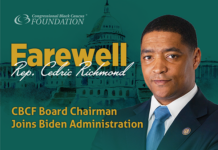 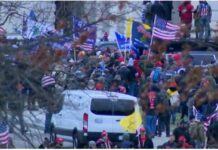 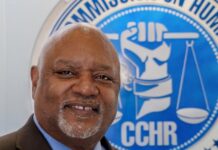 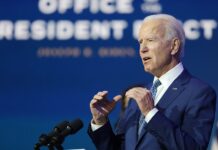 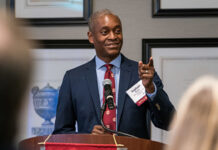