Isaiah only knows the film’s lead actor, Chadwick Boseman, as newly crowned King T’Challa, the Black Panther. Boseman and T’Challa, said his mother, Imani, are the same person in her young son’s eyes.

So when Boseman died late Friday from colon cancer at the age of 43, Cheers woke up Saturday morning with a decision: Does she inform her son that his favorite actor has died?

She decided not to tell him.

“We’re going to honor Chadwick’s memory by having a movie marathon of his films. I want him to just remain blissfully ignorant and preserve his youth for a little while longer,” Cheers said. “Even if that’s only for one more day.”

After about 20 years as a professional actor, Boseman, a Howard University-trained thespian, reached international-icon status thanks to the 2018 film. This was especially true among young children and preteens, who could relate to the somewhat awkward, geeky young man who transformed into a powerful superhero charged with protecting his home of Wakanda.

Now parents are wrestling with whether — or how — they should tell Boseman’s youngest fans that their hero has died.

As a pandemic has swept the country, children have already lost their summer of playing outside with each other and are now facing the prospect of virtual school without the company of their classmates. Given this, and the struggles of Black people highlighted in the news, many parents worry revealing Boseman’s death would be too painful.

Earlier on Friday, the 40-year-old Cheers took her young son down to the Mall to commemorate the 57th anniversary of the March on Washington. Surrounded by thousands of marchers, Cheers explained to Isaiah the names of the people he kept hearing coming across the speakers: Emmett Till, George Floyd, Jacob Blake, Tamir Rice and Breonna Taylor.

“He was immersed with so much yesterday, so much pain and death of young people who look like him. I just want to shield him from the pain of losing one more person who he absolutely idolized,” said Cheers, who works as an associate director of George Washington University’s School of Media and Public Affairs.

For many Black children — and their older relatives — King T’Challa was the first big-screen superhero they’d ever seen that looked like them.

Graphic designer Kyle Cox remembers how he struggled to keep his own pain away from his 3-year-old son Lucas when NBA superstar Kobe Bryant, Cox’s idol, was killed in a helicopter crash in January.

“Every time he sees Chadwick on TV or in a movie, he points and says ‘Challa,’ ” said Cox, 34, of Lawrence, Mass. Lucas’s bedroom is covered with Black Panther posters, bedsheets, pillowcases and action figures.

“My wife and I have not decided yet if we are going to tell him. He wants to be like T’Challa when he grows up, a Black king. I don’t know if I want to tell him his hero died. That might crush him,” he said. “He’s still trying to get used to the pandemic and not seeing his friends anymore.”

Children of all races gravitated to the film, which according to the movie financial tracking website TheNumbers.com, brought in more than $1.3 billion in revenue, with $700 million alone in U.S. box-office sales. Studio heads were already working on the film’s sequel.

As his family gathered around the breakfast table, Joshua Rogers warned his two oldest children Saturday not to “casually” tell their youngest brothers, 9-year-old Noah and 4-year-old Henry, that Boseman had died.

“This could devastate them,” Rogers said. The 41-year-old attorney, based in Phoenix, said his sons were consumed by the film, even though the majority of the cast was African American and Rogers and his family are White.

“Everything in their rooms is ‘Black Panther.’ They love the soundtrack. They love the action figures. They even greet people with their arms folded over their chests in that ‘Wakanda Forever’ gesture from the film. They love hip-hop and relate to the film on their own level as part of the Black Lives Matter movement.”

Stephanie Sneed, of Southeast Washington, said she had to tell her 9-year-old son that Boseman died because her son had been nearby and watched her scream out in sadness when she heard the news of his passing.

“It was such a cultural moment for him to see himself in that film,” Sneed, 34, said.

Sneed, who works for a nonprofit group, said she sat her son, Marley Coleman, down on the couch and shared the news. She said Marley didn’t cry, but was “upset,” got up from the couch, went to get his Black Panther mask and made a TikTok video in tribute to Boseman.

Some parents said they think they can use part of the film to explain to their children about Boseman’s death. A scene in the film depicted how T’Challa briefly ascended to an area called the ancestral plane where his character interacted with his ancestors who were sharing wisdom with those who were still alive.

“My husband and I are discussing if we will tell them,” said Brandy Watson-Wright, regarding her 7 and 4-year-old sons, Warrington and Westbrook. “They have watched that film at least 40 times. They only know [Boseman] as the Black Panther.”

“Honestly, I want to avoid telling them, but my fear is they will see it somewhere,” Watson-Wright, an anesthesiologist from League City, Tex., said.

Boseman’s family announced he had been diagnosed with Stage 3 colon cancer in 2016. Yet he continued to work and make a string of films, including “Black Panther.”

Philadelphia City Council member Katherine Gilmore Richardson said she told her three children, including her 3-year-old son, David, that Boseman died and used Boseman’s cancer battle to show how the actor was “very much a superhero.”

“I said, ‘I’m sorry, honey, Black Panther is gone.’ And he began to cry,” she recalled. But Richardson said she then explained to him how Boseman fought through his cancer to make the film “just for him,” she said.

“He continued to live and thrive and fight,” Richardson said. “And that is what I want my son, who is probably T’Challa’s biggest fan, to remember him by. That it’s about the fight within.” 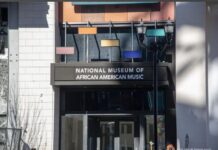 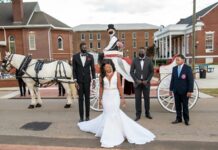 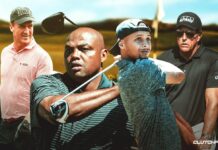 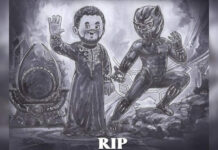 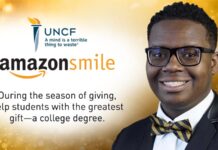 AmazonSmile: The Easy Way to Give to Students During the Holidays