The White House has suggested to House Democrats that President Trump could drop his objection to renaming Confederate-named military bases if they agree to repeal a legal shield for internet companies, a Democratic House aide confirmed to The Hill.

The offer, made by White House chief of staff Mark Meadows to House Armed Services Committee Chairman Adam Smith (D-Wash.) as part of negotiations on the annual defense policy bill, was first reported by The New York Times.

The Democratic aide told The Hill that based on conversations with colleagues, “it’s highly unlikely this offer will gain any traction.”

“On its face, there’s issues of jurisdiction, lack of clarity on what the White House actually means when it says repeal Sec. 230, and also it’s unclear if congressional Republicans support this,” the aide said.

Still, the aide said the offer appears to be “a sign that the White House wants to pass the NDAA this year.”

The White House declined to comment. A spokesperson for the House Armed Services Committee on Friday pointed The Hill to comments Smith made the night before.

Speaking to the Council on Foreign Relations on Thursday evening, Smith denied Meadows made an explicit offer, but said Meadows “did float the idea.”

The fate of this year’s National Defense Authorization Act (NDAA) has been an open question amid a standoff between Congress and Trump on a provision that would require the Pentagon to strip Confederate names from military bases and other property.

Both the House and Senate versions of the bill include the requirement. The House requires the change in one year, while the Senate would mandate it in three years.

The language was added to the bills with bipartisan support amid nationwide protests over racial injustice that reinvigorated an examination of America’s legacy of slavery. Most prominently in the military, the Army has 10 bases named after Confederate military officers.

Trump has threatened to veto the NDAA over the requirement.

Senate Armed Services Committee Chairman James Inhofe (R-Okla.) has vowed to remove the requirement. But it is highly unusual for something that’s in both bills to be removed from the final version, and Inhofe has not explained how he expects to overcome bipartisan support for changing the names.

Democrats have also indicated they will not budge.

“It is imperative that the conference report include provisions that secure this essential priority,” Speaker Nancy Pelosi (D-Calif.) said in a statement Wednesday as formal negotiations started. “Our bases should reflect our highest ideals as Americans.”

Meanwhile, Trump and his Republican allies in Congress have been pushing for major reforms to what’s known as Section 230, a 1996 law that protects tech companies from liability for third-party content posted on their platforms and allows them to make “good faith” efforts to moderate content.

In his Council on Foreign Relations remarks, Smith threw cold water on the idea of addressing Section 230 in the NDAA, as well as insisted on the language requiring Confederate bases be renamed.

Trump rails against Twitter in late night tweets
As other companies trim their workforce, Amazon goes on hiring spree…
“The idea that we’re going to completely repeal Section 230 in the defense bill? The committees of jurisdiction will have stuff to say about this,” Smith said. “I don’t think that’s the way out of this.”

“But look, it’s really simple. There’s no reason not to change these base names,” he added. “There’s a commission set up in the Senate language. It’s not required to be done immediately. There’s consultations, there’s all kinds of good ways to get there. It’s what we ought to agree to.” 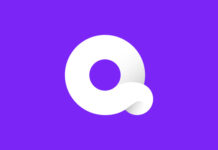 Quibi says it will shut down in early December – TechCrunch 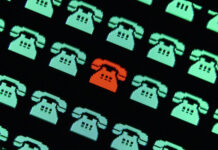 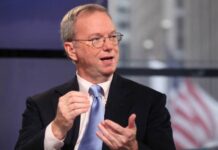 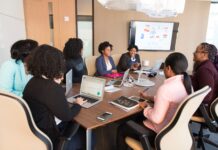 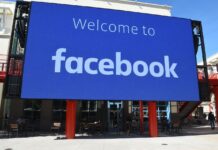