Latinos, in other words, have been waiting a looong time. (More than two decades, actually, since discussions about a national museum started years before the creation of that advocacy campaign.)

Right now, the country is collectively celebrating the contributions Latinos have made in different fields, because we are in the final days of National Hispanic Heritage Month, that time of year when people with last names such as “Velasquez” and “Reyes” suddenly appear in company newsletters and social media posts.

But come Oct. 16, when that celebration ends, the roles Latinos have played in the country’s history, arts and culture still won’t have a permanent home in the nation’s capital.

That matters, because despite Latinos being the second largest ethnic or racial group in the country (behind non-Hispanic Whites), the diversity and complexity of their roots remain not well understood. Proof of that comes every time a public figure speaks about Puerto Rico as if it’s not a part of the United States.

That matters, because museums hold the objects that we as a society deem important — the relics, works of art and other evidence of our existence that we don’t want forgotten. They are the keepers of our stories.

The reality is that there will probably be a National Museum for the American Latino — someday. This summer saw a significant step in that direction when the House approved a bill to establish it.

But this, too, is the reality: Latinos aren’t waiting quietly in the shadows for that to happen.

A close look at the existing museums on the Mall shows how a growing force of talented, passionate Latinx curators are making sure the stories of people who identify as everything from Chicano to Hispanic to Afro-Latina are represented.

Since 2010, the Smithsonian Latino Center has provided the funding to hire 11 curators and archivists, and their influence can be seen on the museums’ walls, websites and research efforts.

It can be seen in the faces of Sandra Cisneros, Celia Cruz and Dolores Huerta at the National Portrait Gallery.

It can be seen in the report card of a DACA recipient that is part of a new exhibition at the National Museum of American History called “Girlhood (It’s Complicated).”

Verónica Méndez, who is one of the newest curators, helped make that happen.

At the time, she was working as a curatorial assistant, helping with the exhibition, when the question arose about what objects could speak to the experiences of girls who came to the country as children and have been allowed to stay, for now, through the Deferred Action for Childhood Arrivals program.

Méndez, who was born in Mexico and migrated to San Antonio with her family when she was 9, called a close friend who is a DACA recipient. As they spoke, she says, what struck her was that her friend had to prove she was worthy of that temporary status, and to do that, she had to provide her report cards, school awards and teacher recommendation letters.

Putting those universal items on display, Méndez says, connects the people behind them to the people seeing them. “When people walk through the exhibition, they are going to be able to relate,” she says.

She is also proud that the exhibition addresses other Latina experiences. Among the subjects within the displays: the Pachuca who wore zoot suits during World War II, the children who have harvested the country’s crops and the Puerto Rican women who were experimented on during the development of the birth control pill.

As Méndez and I talk, we realize that we share the same first museum experience: a trip to the Alamo as a part of a school field trip. Other than that, museums weren’t part of either of our upbringings, or those of many Mexican Americans we grew up with. For both of us, they felt like places for other people.

“Never did I imagine the opportunity to go to college, to go to grad school, let alone to be a curator at the Smithsonian National Museum of American History,” she says. “The road that led me here has been paved by people who have created pipelines for people like me.”

Eduardo Díaz, director of the Smithsonian Latino Center, says that a conscious effort has been made over the last decade to grow the representation of Latinos and Latinas at the existing museums and archives. The first curator hired through the Center was E. Carmen Ramos, who is now the acting chief curator and curator of Latinx art for the Smithsonian American Art Museum and Renwick Gallery.

Ramos, who is Dominican American, says when she started at the museum 10 years ago, there were no works by Dominican artists, and Nuyoricans (Puerto Ricans from New York) weren’t well represented.

Since then, she says, the museum has doubled its collection from Latinx artists. One of the added works is an installation by artist Miguel Luciano that reflects on the relationship between Puerto Rico and the United States. It features two red bicycles, pointed in opposite directions, with a shared back wheel. Above them, a neon sign reads, “Pa-lan-te” — Spanish slang for “forward.”

“I thought it was important to have in our collection,” Ramos says. “We have to complicate the ways in which we think about who we are as a country and do that in a way that is more accurate of our history and art history.”

She is working on an upcoming exhibition titled, “¡Printing the Revolution! The Rise and Impact of Chicano Graphics, 1965 to Now.” One of the goals for it, she says, is to raise awareness of “the amazing history of Chicano graphics . . . which sadly is not integrated into the history of U.S. graphics arts.”

“I think the show is also incredibly relevant today in light of recent calls for racial and social justice,” she says. That graphic art movement grew out of the civil rights era and has ties to civic engagement.

Margaret Salazar-Porzio, a curator at the National Museum of American History who is half Mexican American and half Japanese American, describes the work happening at museums to address race and ethnicity as feeling especially important right now.

An exhibition she has spent the past several years working with communities across the country to put together will soon open to the public. It’s called, “¡Pleibol! In the Barrios and the Big Leagues/En los barrios y las grandes ligas,” and explores the role of baseball in Latino communities.

She, Méndez and Ramos are often asked whether the work they are doing will be moved over to the National Latino museum when it is built.

All three say they believe it’s important to continue to tell the stories of Latinos, in all their complexities, at the existing museums — even after that building comes. 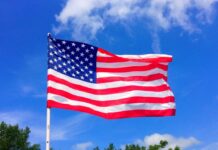 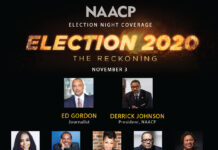 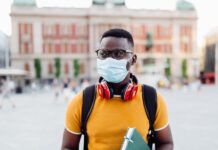 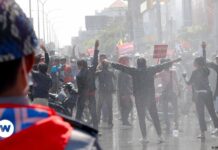 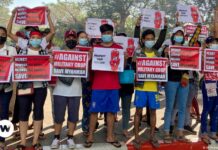