WASHINGTON – U.S. Secretary of Education Betsy DeVos announced today additional funding for the Federal Work Study (FWS) Experimental Sites, an initiative which expands earn-and-learn opportunities for students by removing barriers to off-campus jobs, allowing students to work more hours, and permitting institutions to pay students for work-based learning such as apprenticeships, externships, and clinical rotations. Initiated in February 2020, the FWS Experimental Sites at 190 institutions have incentivized student work opportunities that provide not only a paycheck, but meaningful skills training that aligns with students’ future career goals.

This funding will be used both to supplement FWS wages and to create and grow Job Location and Development (JLD) programs. JLD programs provide critical support for institutions as they seek out employer partners, help students find jobs, and oversee the quality of the work opportunities. JLD programs serve FWS and non-FWS students alike.

“The expansion of earn-and-learn sites incentivizes employers and institutions to work together for the benefit of students. Students will earn much more than a paycheck – they will gain the skills and experiences needed to succeed in any career,” said Secretary DeVos. “That’s why we’re directing additional funds for students who need them the most. Breaking down silos between the classroom and the workplace is the right thing to do for students and for our economy.”

Because this experiment makes clear that FWS students may work more than 10 hours per week, low-income students at participating institutions will no longer need to decline their FWS award so that they can seek a job that provides more hours. Additionally, the FWS Experimental Sites may pay students for the work they do, such as student teaching, externships, and clinical rotations, even if that work is a required part of their academic program. Low-income students at participating institutions are no longer forced to choose between completing their program’s requirements or earning wages.

The new FWS Experiment supplemental allocation formula directs funding to where it is needed most: institutions enrolling students from low-income backgrounds. These students will disproportionately benefit from placement in off-campus jobs that allow them to meet their earning needs while gaining a foothold in their future career. The prior supplemental allocation formula, set by Congress in the Higher Education Act, included a base guarantee and a fair share formula, neither of which emphasized the needs of low-income students at under-resourced institutions. The new formula accounts for the institution’s prior year FWS expenditures and provides more funding to institutions based on the number of Pell Grant recipients it serves.

For more information on the FWS experimental sites, click here. 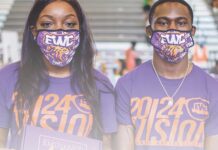 HBCUs: Working Together to Survive the Pandemic 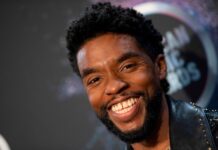 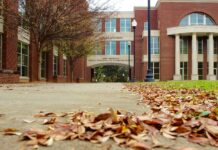 Scholarships for October at UNCF