Among the many different things about this election year is that the Republican National Committee, for the first time since 1856, did not bother to come up with a policy platform. Instead, according to The New York Times, they passed “a resolution renewing what delegates enacted in 2016, bashing the news media and offering wholehearted support for Mr. Trump.” The Washington Post editorialized that the move was an implicit announcement by the Republicans “that they stand for nothing.”

The policy section in Vice President Mike Pence’s convention speech — the part where he bragged against all evidence about how well the administration handled the coronavirus — claimed that “America is a nation of miracles.”

Democratic presidential nominee Joe Biden, on the other hand, has a page on his website containing 46 detailed policy papers (I was Biden’s chief economist from 2009 to 2011 when he was vice president). Along with a detailed, national plan for virus control, there are plans for manufacturing jobs, child and elder care, clean energy, affordable housing, health care and much more. The Democratic platform covers those areas, too. To my knowledge, none of these plans depends on miracles.

I want to be very clear about this next part: While I’m bullish on Biden’s agenda, you may not share my enthusiasm. But I surely hope you share my view that if there was ever a country that needed a plan, it’s the United States today.

As of Sunday, the pandemic had infected almost 6 million Americans and killed nearly 180,000 of them. The unemployment rate, at 10.2 percent, remains above its peak during the last recession. Hurricane Laura reminded us that global warming is increasing the intensity of tropical storms. Police have yet again shot a Black American, leading to righteous outrage and protests.

And that was just last week’s news. One shudders at what awaits us this week.

Not only are miracles not a plan, but Pence and the RNC’s dependence on them is endemic of a long-term problem of contemporary conservatism, especially in the age of Trump: an aversion to governance. Yes, they passed $2 trillion in tax cuts for the wealthy, the one policy for which Republicans have permanent muscle memory. But there was no effort to fix the national roof while the sun shined — that is, before the pandemic. Yes, the economy was humming along, but climate change, racial inequity, inequality, disinvestment in public infrastructure, police violence, student and government debt and political gridlock were all festering.

The pandemic has pushed all these problems to the surface, and it has done so at an opportune moment: weeks before an election between candidates and parties representing two totally different responses to the near-term crisis and the long-term structural challenges, including systemic racism.

It’s not that the Republicans don’t have a response to these challenges. It’s that their only response is Trump. In 2016, he sold himself as the only one who could “fix it,” and though he’s demonstrably failed to do so, that’s still the plan. Also, miracles.

But is Biden’s agenda the best alternative to the Trump/miracles option? I think so, for two broad reasons. First, the Democrats offer the first grown-up version of economic reopening with true virus control we’ve seen on the federal level, and there’s just no economic recovery without this first step. The plan guarantees testing and protective equipment for all who return to work, it ensures paid leave for victims of the virus, it creates a 100,000-strong testing and tracing National Health Care Jobs Corps and it provides deep support for safely reopening small businesses and child-care providers.

Second, on the other side of the crisis, it “builds back better” through the creation of millions of good-paying jobs producing clean energy, free tuition to public colleges and universities for families with incomes below $125,000, much more affordable child and health care, onshoring jobs through government procurement of American-made goods, and derigging the rules that embed racial bias in the economy.

Again, not everyone’s going to agree on these and Biden’s other plans. And should he win, a political fight awaits — one that he’s arguably well positioned to have, given his commitment to also bringing back functional governance. But the notion that we can take another week, much less another four years, without planning and executing a policy agenda to meet the existential challenges we face is magical, miracle-dependent thinking.

Don’t get me wrong. I’d happily welcome any miracle that comes our way. When it comes to November, though, let’s hope for the best — but plan for the real world.

Jared Bernstein is a senior fellow at the Center on Budget and Policy Priorities. 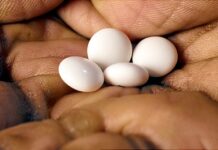 Doctors May Be Overprescribing Opioids After Surgeries 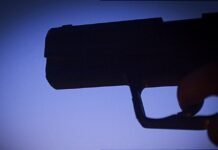 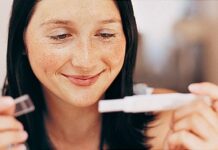 Study: Want to Have a Baby? Mind Your Alcohol 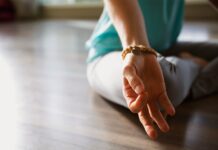 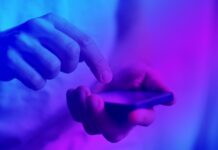 Music at Bedtime Might Not Be a Great Idea