Early voting has begun in most states across the country, and the uncertainty around absentee ballots and the United States Postal Service has sent many Americans to vote in-person even if it means standing in line all day.

Photos and videos of voters standing in line for hours to vote have been circulating on social media for at least a week. The long lines are an indication of the enthusiasm to vote in the contentious presidential election, in particular for Democrats who might view this election as the last chance to save America from the Trump administration.

Many of the people willing to wait up to eight hours in line do not trust the USPS thanks in part to President Donald Trump’s attacks on the already-struggling agency and Postmaster General Louis DeJoy’s service changes. In addition, several states including New York, New Jersey, and Pennsylvania have already admitted to sending incorrect mail-in ballots.

In Kentucky, voters began waiting in line at 3 a.m. to make sure they can vote when the early polls opened.

Good morning! Early in person voting began in Kentucky this morning. Here in Kenton County, the first person was in line at 3 a.m. @Enquirer pic.twitter.com/331MpmGhXd

Hattie Redfearn, who waited a little more than an hour to vote at an early voting site in Charlotte on Thursday, North Carolina’s first day of in-person early voting, told CNN she wanted to make sure her vote was counted.

“We didn’t want our ballots to get lost, misplaced, thrown in the trash, or whatever’s going on, so to be on the safe side just come on in—stand in line, be prepared, and here we are,” Redfearn said.

With no coronavirus vaccine and infection rates climbing in many areas as the weather changes, states relaxed requirements to cast absentee ballots and some states have changed election laws to conduct the election almost entirely through the mail.

However, DeJoy slowed mail service nationwide with changes implemented in June that included shutting down sorting machines and pulling mail boxes out of the ground. Meanwhile Trump has made a bevy of false allegations that mail-in voting is dripping with systemic fraud when Trump himself has voted by mail numerous times along with many Republican lawmakers.

Many citizens have stayed positive while waiting on lines, bringing chairs, tablets, and books to read and gear to wear while standing in inclement weather.

“It sucks, but you know I’d rather be out here doing my civic duty than not. I don’t trust the whole mail-in voting thing,” Sean Terrell told CNN, who had been waiting in line at an Atlanta polling place for two hours on Tuesday, the state’s second day of early voting. “So I will be here and I will sign it and make sure it goes where it needs to go.”

When asked why he was willing to stand in line as opposed to voting by mail, Terrell said, “I mean, there’s the system has proven itself distrustful thus far, just throughout history and, especially given our current administration.”

“I don’t trust the mail right now. That’s why, If I’ve got to stand here all day, I’m going to vote today.” 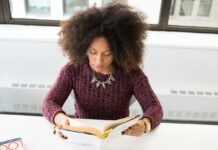 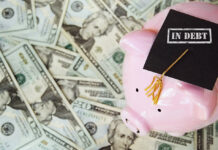 What Should I Do If I’m Behind on Repaying My Student Loans? 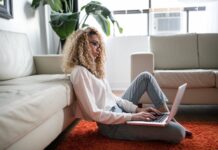 10 apps that will help you grow and manage your side hustle, now with Black Friday prices 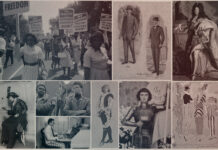 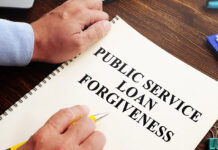