Johannesburg – United States civil rights activist Reverend Al Sharpton has called on Africans to continue with the struggle against oppression, saying political emancipation is yet translated into economic freedom.

Delivering the 20th Steve Biko Memorial Lecture, which was titled “Black Lives Matter,” Rev Sharpton said it was critical for Africans to free their minds and they were not “objects of ridicule”.

The lecture is held annually to commemorate the life of South Africa’s Steve Bantu Biko, who championed the Black Consciousness Movement.

Biko was killed by agents of apartheid on September 12, 1977 after prolonged torture.

Rev Sharpton said Biko’s life and death were sources of inspiration and dignity for Africans.

“Until we can break the mental and psychic chains in our minds and reconnect to our history and the glory of which we are then we will always accept being degraded, being humiliated, and being killed because we have psychologically said that’s the way things are,” he said.

He added that the struggle led by Biko and other anti-apartheid activists manifested in the form of the Black Power Movement in the United States.

“If you do not think you are worthy you will not demand to be treated worthy and if you change people’s minds about themselves you can change their circumstances,” he added.

He implored black people across the world to be proud and celebrate their heritage.

It’s easy to get victory at Bandarqq Online Pkv games 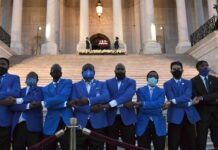 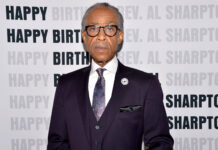