Did you know that 1 in 3 American families can’t afford to provide diapers for their babies?

Families in need may look differenta single parent without a permanent home; a young mother whose husband was deported; a grandparent caring for a young grandchildbut they all have one thing in common: little bottoms that need clean diapers to keep them dry and healthy.

Babies use up to 10 diapers a day and leaving a baby in a dirty diaper can cause diaper rash and infection. Disposable diapers can cost up to $80 per month per baby, and government safety-net programs do not recognize diapers as a basic need. With COVID-19 leaving many parents without jobs and struggling to make ends meet, the need is greater than ever. The National Diaper Bank Network estimates that diaper banks are distributing on average 50 percent more diapers monthly to families in need, with some programs reporting increases of more than 500 percent.

As this unprecedented demand on diaper banks continues to rise, United Ways all around the country are stepping up to fill the need. In Northeastern Wisconsin, United Way Fox Cities’ Diaper Bank, co-founded by Kimberly-Clark Corporation in 2011, has distributed an average of almost forty thousand diapers each month this year to their Diaper Bank partners. They’ve also served as an emergency source of diapers during the pandemic, offering surplus inventory to United Ways and diaper banks across Wisconsin.

United Way’s Fox Cities Diaper Bank supports individuals like Musa*, who came to the United States as a refugee from Gambia and lives with his wife and four-month-old daughter in the Menasha, Wisconsin area. Although Musa received his education from a local technical college and has secure work at a hospital, the family still struggles to make ends meet. Musa takes his daughter to Mosaic Family Health, a partner of United Way’s Fox Cities Diaper Bank, where he receives a supply of diapers for his little one during her checkups.

“The diapers have been very helpful,” Musa shares. “I’m really happy I’m able to get them; they help our family budget and are very durable, so we know our daughter is dry.”

“If you’ve cared for a baby, you know—diapers are an important part of the equation, every couple of hours, every day,” said Rhonda Hannemann, Community Development Officer at United Way Fox Cities, who helps manage the Diaper Bank. “The diapers families receive reduce parenting stress and provide hope, security, and dignity. It’s good to know parents can rest a little easier in these uncertain times, confident their babies will be clean and dry. We are so grateful for the ongoing support we receive that makes this work possible.” 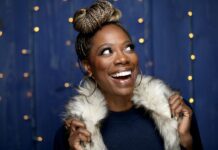 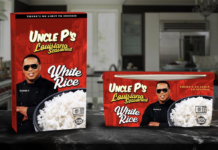 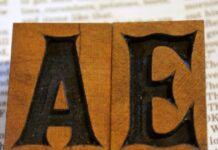