click to enlarge
The drama at the Museum of Contemporary Art Detroit is not over yet.

On Monday, The Detroit News reported that former MOCAD director Elysia Borowy-Reeder — who was fired last month after dozens of employees came forward alleging racial insensitivity and a toxic work environment — has hired attorney Melvin Butch Hollowell to represent her.

Hollowell is one of the city’s most prominent African-American lawyers.

“Elysia’s been treated terribly,” Hollowell told the paper. “Everybody is entitled to fair treatment, and she has not received that.”

Hollowell argues that Borowy-Reeder was not given a chance to defend herself. But the MOCAD board told the paper that Borowy-Reeder never honored their request for an interview. In a previous statement to Metro Times, Borowy-Reeder said she was blindsided by her firing, saying she learned about it in a press release.

Hollowell also told the paper that the board had signaled its support for Bowory-Reeder by extending her contract and, on June 4, awarding her a $5,000 bonus “for her handling of issues related to the coronavirus pandemic.”

In a statement, MOCAD’s board clarifies that the bonus was not performance-based but was instead “an advance of Ms. Borowy-Reeder’s contractual annual bonus” (see full statement below).

A member of MOCAD Resistance, the group of employees calling for Bowory-Reeder’s ouster, tells Metro Times that this bonus came after the museum laid off staff due to coronavirus shutdown.

While part-time staff was indefinitely laid off in April, full-time staff received a “welcome back” bonus after they were re-hired, the MOCAD Resistance member says. Bowory-Reeder was not laid off during that time.

“For an Executive Director to accept and openly flaunt such a bonus for her ‘successful handling of issues related to the coronavirus pandemic’ after laying off the entirety of her Part Time staff, however, is perplexing, especially in light of her statements about the state of the institution’s dire finances during the pandemic shutdown,” the MOCAD Resistance member says. “Furthermore, such claims are deeply insulting to the workers who truly kept MOCAD afloat.”

When asked for comment, MOCAD’s board chair Elyse Foltyn replied with the following statement:

The Board of Directors of Museum of Contemporary Art Detroit (MOCAD) is aware of the inflammatory statements by former Museum Director Elysia Borowy-Reeder and her attorney, Melvin Butch Hollowell regarding her termination on July 29, 2020. The Board of Directors provides the following statement in response:

Ms. Borowy-Reeder’s contention that she was dismissed by the Board of Directors without the opportunity to defend herself is incorrect. On numerous occasions, beginning July 15, 2020 through the date of her termination, counsel for the Board of Directors, proposed dates and meetings to Mr. Hollowell to allow Ms. Borowy-Reeder the opportunity to advocate on her own behalf. Subsequent dates of contact to the office of Ms. Bowery-Reeder’s attorney occurred throughout July, including on the 17th, 20th—on which counsel for the Board spoke with Mr. Hollowell about wanting to interview Ms. Borowy-Reeder, 21st, 23rd, and the 24th both over email and voicemail. On each occasion, counsel for the Board indicated to Mr. Hollowell that it wanted to interview Ms. Borowy-Reeder and proposed multiple dates on which to do so. Mr. Hollowell failed to respond to these numerous requests with his and his client’s availability to speak. On counsel’s call on the 20th, Ms. Bowery-Reeder’s counsel asked if it was the practice of the Board of Directors to interview someone in his client’s position towards the end of the investigation, to which the Board’s counsel indicated in the affirmative.

Ms. Borowy-Reeder alleges she learned of her termination through the media. However, on July 29th, after the vote to terminate Ms. Borowy-Reeder, the Board’s counsel called the office of Mr. Hollowell at approximately 11:30 am and emailed at noon, to notify them of the vote of termination.

The Board regrets that Ms. Borowy-Reeder did not make herself available for an interview, despite attempts made over a two-week period. However, the investigators had reached the end of their investigation, and in the interest of current employees and the wider MOCAD community, the Board was unwilling to indefinitely postpone a resolution while we awaited her reply for an interview.

Prior to the termination of Ms. Borowy-Reeder the Board ordered an investigation into these allegations. Allison O’Neil of the Boston law firm Locke Lord LLP conducted the investigation in which over 100 individuals shared their accounts. The vast majority of the individuals who contacted us expressed concerns or reported complaints about Ms. Bowery-Reeder. The investigation revealed the following results:

• Credible accounts of favorable treatment of certain employees over others

Ms. Borowy-Reeder claims she was awarded a $5,000 bonus in June for her handling of issues related to the coronavirus pandemic. The Board wishes to clarify that this amount was not a performance-based bonus, and rather, was an advance of Ms. Borowy-Reeder’s contractual annual bonus.

Since MOCAD opened in 2006 we have actively been a space that provides a center for diverse voices, programs and exhibitions. Through Ms. Borowy-Reeder’s termination, the Board sought to reaffirm the mission of MOCAD’s founders to establish a diverse and equitable museum institution. Ms. Borowy-Reeder’s allegation that the Board perpetuates racism is outrageous and completely contrary to the values we uphold.

The Board has been meeting with current and former employees, artists, foundations and other stakeholders to consider how we and other forward-thinking museums should look as we move ahead. As Chair of the Board of Directors I am committed to MOCAD serving as an agent for change.

Stay on top of Detroit news and views. Sign up for our weekly issue newsletter delivered each Wednesday. 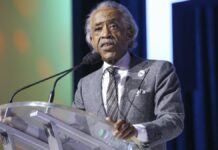 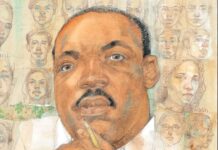 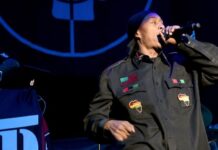 Why are anti-racism forces silent on anti-Semitism?