When Buju Banton performed in March 2019 he made history with his homecoming concert, Long Walk to Freedom, at Jamaica’s National Stadium. Not since Bob Marley’s One Love Peace concert in 1978 had the venue completely filled its 35,000 seats.

As one of today’s most revered dancehall artists, who’s latest work Upside Down 2020 is currently one of iTunes top five reggae albums, Banton is humbled when asked if he ever thought his impact would have the same reach as Marley’s. “No. Not at all,” Banton said to ESSENCE.

In an interview at his Gargamel Studios in Jamaica, ahead of his latest album release which features the single “Memories” with John Legend, the Grammy winner did have a connection with Marley. Banton, who recently celebrated the 25th anniversary of Til Shiloh, shared a memory of meeting the reggae icon when he was a young boy growing up in Kingston. Here’s what Banton remembered:

BANTON: Yeh. So she took me off the roundabout and have me beside her stall. And one particular  day this blue car pulled up and there was nothing but some dreads in the car. And one of them who was on the driver side look out and said, “Madda, give me a pack a Craven-A [a popular Jamaican brand of cigarettes].” And she say, “ Hurry up quick an’ carry it go gi him [and carry it to him], a [it’s]Bob Marley.” And I ran across de road an’ put de Craven-A inna him han’. And by de time I should give him the Craven-A and turn around, we couldn’t see the car anymore. People from all over Jamaica just down pon de car, an was jus standing up and look at de dread. Next time I remember was coming from school, and I walked across an open space, like it was an open land. Cows was on it, and I walked across it. But that day was just so…the energy of the day was just…my energy that day was just so f——— up. I didn’t know what the hell was going on. But me go home, an’ me madda send me to the shop. When I went to the shop I had to come down de lane, go to the main road and then go up to go into the shop. But the shop had a window on the lane. And people normally stop at the window and order, instead of going  around to the main. And when I was passing, I saw the dread on the television with three woman a sing beside him. An I stan’ up deh an’ a watch through dis grill and forget all what my madder send me for. Until me hear she a call me from de top a de hill and say, “Buju! Me no send yuh out!” So me say, “Mama me see Bob Marley pon de TV…” She say, “Yes, him dead.” An me jus get sad inna me system, yuh know. An me jus’ leave the house. In those days my madder turn on her TV 7 o’clock in the evening, only for news. She don’t care. And I walked back down to de lane, and I stood there and I watched the dread and…me see the helicopter a fly overhead inna Jamaica. And me say, bway, a really true, the dread…That was my encounter with the Gong (a reference to Bob Marley), yuh know.

ESSENCE: Thank you for sharing that… 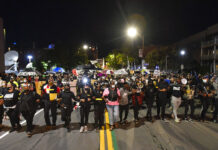 Activists insist on changes to policing after Prude’s death 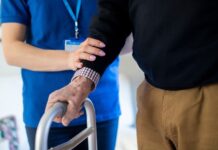 Ongoing support for nursing homes is critical to help our seniors 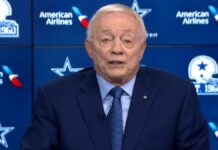