Black families are more confident about achieving the American Dream than the general population. However, African Americans fall short on executing life-changing measures such as accumulating wealth, being better prepared for retirement and building up savings. Here are a few facts (and advice) about African American economics:

Some 84% believe the American Dream means financial security; 78% in not living paycheck-to-paycheck; and 77% in owning a home.

Still, based on a new State of the American Family Study by Massachusetts Mutual Life Insurance Co. (MassMutual), many African Americans don’t have tangible assets needed to make those goals happen now.

The study revealed a disconnect between African Americans’ financial situations and their hope toward the future. The report disclosed some pitfalls tied to African Americans’ personal finances including high debt, low savings and a lower likelihood of wide financial product ownership. In turn, the financial disparities and the wealth gap possibly explain why 31% surveyed are convinced the American Dream may be fading away.

Some key findings from the survey:

“The study shows African Americans want to improve their financial situations and are hopeful about the future,” said Evan Taylor, African American market director, MassMutual. “At the same time, it sheds light on the financial struggles and inequities that the African American community continues to battle. Those contradictions indicate a need for greater financial education and discipline for the whole family to achieve economic success. In fact, the biggest financial regret expressed by respondents was that they wished they had started saving and investing sooner.”

The State of the American Family survey consisted of 3,235 total interviews with Americans, including 482 African American respondents. The vast majority of these interviews (2,730) were conducted with men and women aged 25-64 with incomes equal to or greater than $50,000 and with dependents under age 26 for whom they are financially responsible. Respondents had to contribute at least 40% to decisions regarding financial matters in their household to qualify.

Shavon Roman, a financial adviser at Atlanta-based The Piedmont Group, shared how she overcame financial havoc. Her journey included becoming an entrepreneur in real estate and franchising, where she ended up hundreds of thousands of dollars in debt. To rebound, she created a debt reduction strategy and lived below her means. The result: Within five years she was debt free. “You can accomplish anything with a plan,” Roman says. 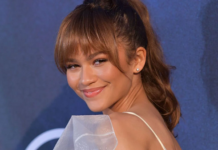 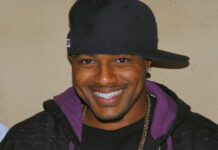