Sherrell Johnson has had eight blood transfusions this year. The 41-year-old Orland Park resident is among millions of people around the world and about 100,000 Americans with sickle cell disease. Blood transfusions are used to treat anemia, which often afflicts those with the disease.

“I can’t count how many transfusions I’ve had,” said Johnson. 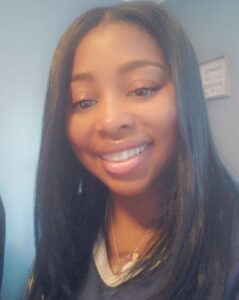 September is Sickle Cell Disease Awareness Month, and the Joint Caucus of Black Elected Officials has teamed with the Illinois Coalition of Community Blood Centers and the Sickle Cell Disease Association of Illinois to raise awareness and encourage blood donations by African Americans. As part of the campaign, which was unveiled at a news conference in Chicago last week, blood drives are planned in the metropolitan area including the south suburbs.

Persons with sickle cell disease often require ongoing blood transfusions, but the more transfusions a patient has, the more difficult it can be to find a match, said Cook County 6th District Commissioner Donna Miller. She has the sickle cell trait, and her sister has the disease.

As sickle cell patients needing transfusions await blood donor matches, they are often in incredible pain, stressed Miller, who participated in the news conference along with state Reps. LaShawn Ford and Camille Lily, both Democrats from Chicago.

The most compatible and reaction-free blood match is that of a donor with a similar ethnic background, explained Shelley Whitsey-Mitchell, regional manager of donor recruitment for Versiti Blood Centers of Illinois. But less than 5% of the nation’s blood supply comes from African Americans or Hispanics, she said.

Distrust of the health care system linked to past historical abuse and unethical research practices perpetrated against African Americans are often why many Blacks don’t donate blood, said TaLana Hughes, executive director of the Sickle Cell Disease Association of Illinois. Hughes, a Markham resident, has a daughter with the disease. Community education is key to increasing blood donations by African Americans, Hughes and Miller said.

“It is important for sickle cell patients to get blood donations from the same ethnic group, and I think that’s a message that many African Americans don’t know,” said Miller.

“We need to be contributors” to have the best benefit, said Hughes.

The COVID-19 pandemic has heightened the need for blood donations.

Versiti has 13 locations in the Chicago metropolitan area including one in Tinley Park.

Blood donations also have dropped at Vitalant, which has 17 sites in the Chicago metropolitan area including in Oak Lawn, Orland Park, Lansing and Westmont. Since the onset of the pandemic, Vitalant has had to cancel most of its mobile blood drives due to businesses, schools and municipal buildings being closed, said Holly Seese, a Vitalant spokesperson.

“Typically, our mobile blood drives account for 60% of our supply,” said Seese.

“To mitigate shortages, we need the community to host blood drives or open their doors to allow for community blood drives,” said Whitsey-Mitchell.

Indeed, one blood donation can save three lives including people with sickle cell disease and others who need blood.

It’s imperative for African Americans to give blood, stressed Johnson.

Johnson said she was in and out of the hospital as a child and while in college due to sickle cell disease. Although she has had to have several blood transfusions this year, in recent years “I’ve done pretty good,” she said.

Matteson resident Evera Ivy, who has the disease, said her brother died of organ damage caused by the disease and had many transfusions that helped prolong his life. She also has had to have transfusions.

“Transfusions have made an impactful, important difference in my life,” she said. “It’s life itself. If your blood count drops below a certain point, that’s an issue that has to be addressed. There’s no other way around it. It’s not like having a gallbladder that you can live without.”

Hughes and Ivy note there’s a misperception among some about the prevalence of sickle cell disease.

“We often get remarks from people asking is that disease still around,” Hughes said. “Yes, definitely sickle cell is still here. It is still causing pain. It is still underfunded and there still needs to be a universal cure.”

The disease is often erroneously thought of as a disease that only afflicts Black people, said Hughes.

“We may be the majority, but it can affect all races through genetics whether Hispanic, African American, Greek, Italian,” she said.

Approximately one in 12 African Americans and one in 100 Hispanics have the trait for sickle cell disease.

Miller said it’s important for people to get screened to see if they are carrying the trait.

She said given that blood only has a shelf life of 42 days, it’s critical for people to become ongoing blood donors.

To give blood, one must be age 17 or older (age 16 with parental consent), in good health and weigh at least 110 pounds.

If you want to help, visit www.americasblood.org to get connected to the closest blood donation center and schedule an appointment. 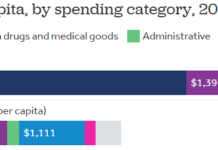 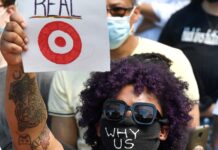